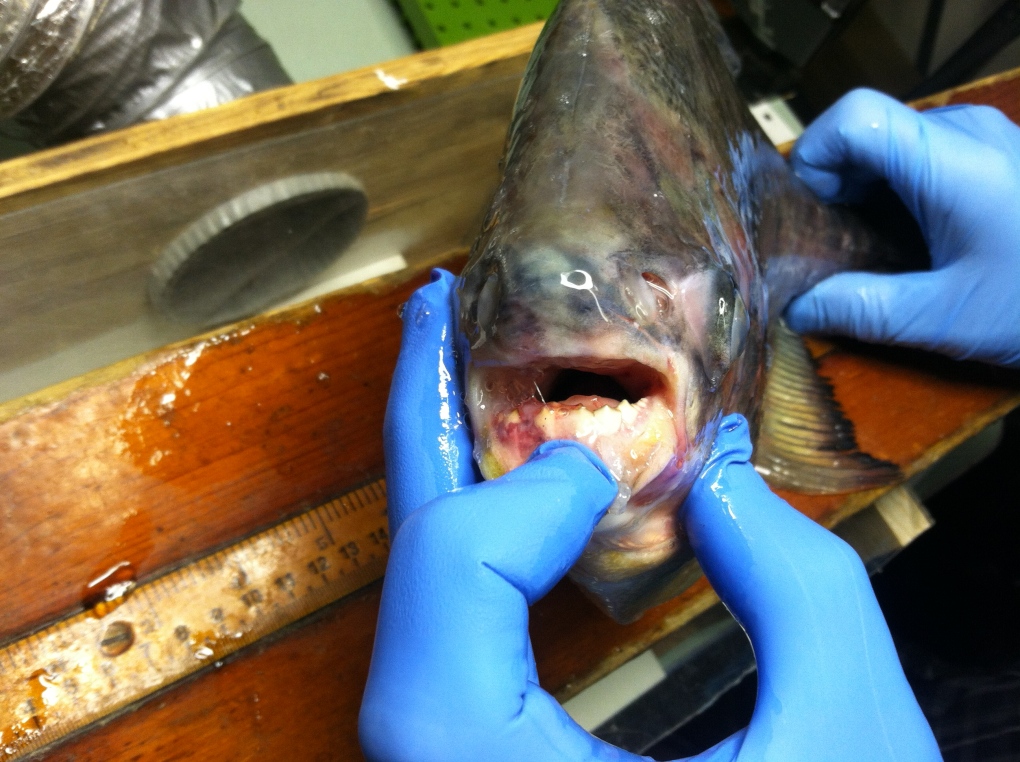 A pacu fish caught in Lake St. Clair in July, 2014 can be seen in this photo taken by the Michigan Department of Natural Resources.

A woman fishing in Lake St. Clair last week reeled in quite the interesting catch – landing a piranha-like fish.

A 12 inch pacu fish – a cousin of the piranha – was caught in the lake near Grand River, Mich., according the Michigan Department of Natural Resources.

Lake Erie basin coordinator, James Francis says the pacu fish is a native of South America. Unlike the piranha, the pacu is an omnivore, and mainly fills its diet with a healthy helping of seeds.

“It’s something you don’t see every day,” Francis says.

DNR believes the fish was probably dumped in the lake by its owner after growing too big or too aggressive for its aquarium.

Francis doesn’t think this is an invasive species case, but cautions its instances like this that put the region’s lakes at risk.