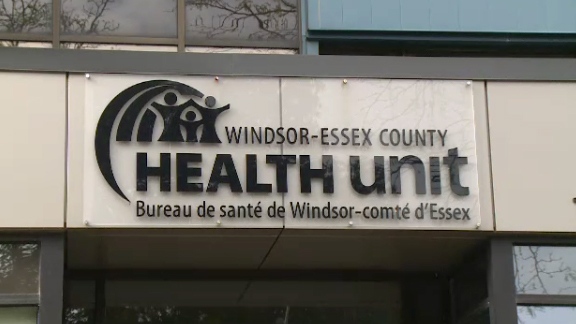 The Windsor-Essex County Health Unit is seen in Windsor, Ont. on Thursday, Sept. 28, 2017.

WINDSOR, ONT. -- For the second day in a row, the Windsor-Essex County Health Unit says a person has died related to COVID-19 in the region.

The heath unit reports 30 new COVID-19 cases on Wednesday and one new death.

Windsor-Essex medical officer of health Dr. Wajid says the latest death was a woman in her 80s, who passed away on Tuesday.

She was admitted to the hospital on July 24 and had pre-existing health conditions. The health unit says she acquired the virus from the community.

Windsor-Essex has had 2,275 confirmed cases of COVID-19, including 1440 people who have recovered.

Fourteen people are in the hospital.

“While a majority of our cases seem to be related to the agri-farm sector in Leamington and Kingsville, there are a number of cases on the rise in the City of Windsor as well,” says Ahmed. “Looking at those numbers and based on the criteria including the number of cases in the hospitals and factoring the challenges in other areas that moved to Stage 3, the decision was made to keep the region in Stage 2.”

Ontario announced Wednesday morning, Windsor-Essex is the only region in the province that will not be allowed to advance to Stage 3 of reopening.

“The province would like to look at our data for at least another week,” says Ahmed.

The number of deaths related to the virus in Windsor-Essex has increased to 71. Forty-nine deaths have occurred among residents in long-term care homes and two are related to migrant workers.