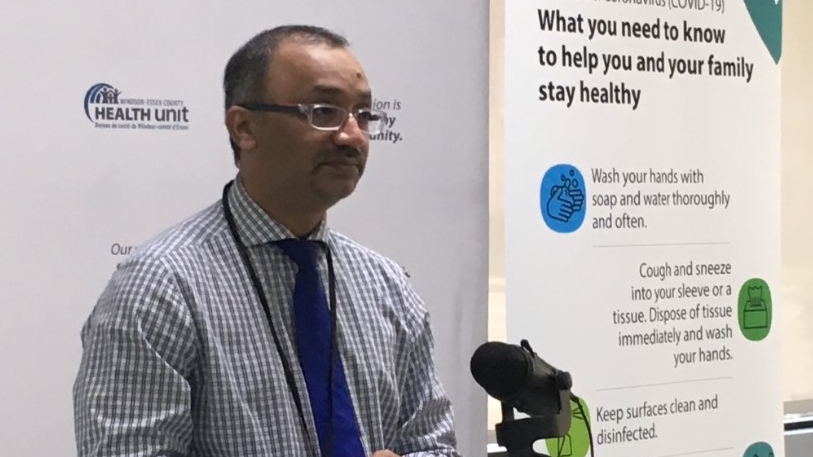 WINDSOR, ONT. -- The Windsor-Essex County Health Unit says another person has died related to COVID-19 in the region.

The number of deaths related to the virus in Windsor-Essex has increased to 70.

Windsor-Essex medical officer of health Dr. Wajid Ahmed says a man in his 70s is the latest death.

“This person was admitted sometime in the middle of July and was later transferred to ICU,” says Ahmed. “He also had many underlying health concerns.”

He says the man died with after complications associated with respiratory failure after he was admitted to the ICU.

“He was a case from the community,” says Ahmed.

There have been 2,245 confirmed cases of COVID-19 in Windsor-Essex, including 1,434 people who have recovered.

“Our goal is 48 hours within the positive lab results,” says Ahmed.