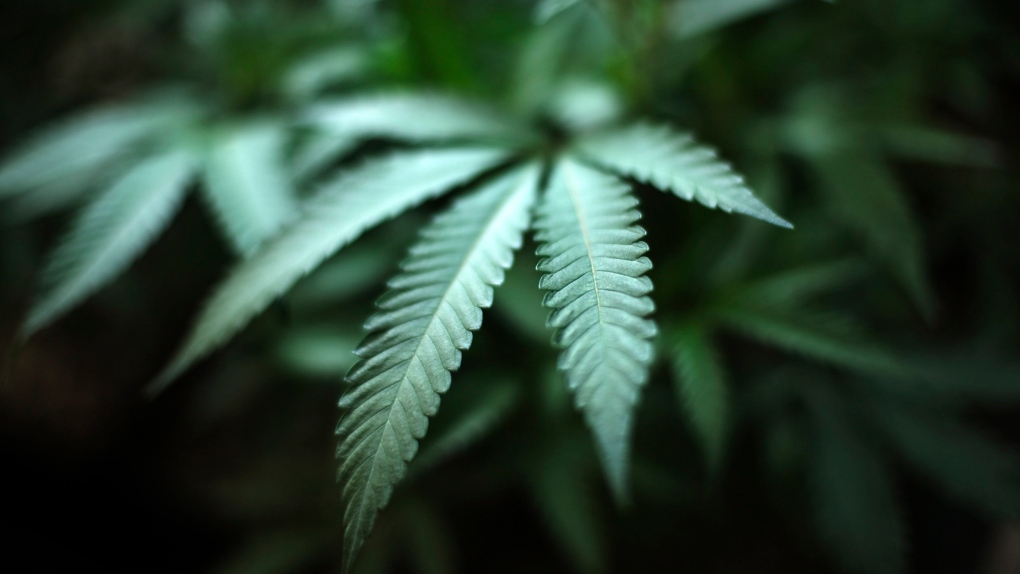 This Aug. 15, 2019 file photo shows a marijuana plant in an indoor cannabis farm in Gardena, Calif. A survey released on Thursday, Sept. 5, 2019 says U.S. college students are using marijuana at the highest rates in 35 years. Marijuana use continues to be higher in college-age adults than any other age group. (AP Photo/Richard Vogel, File)