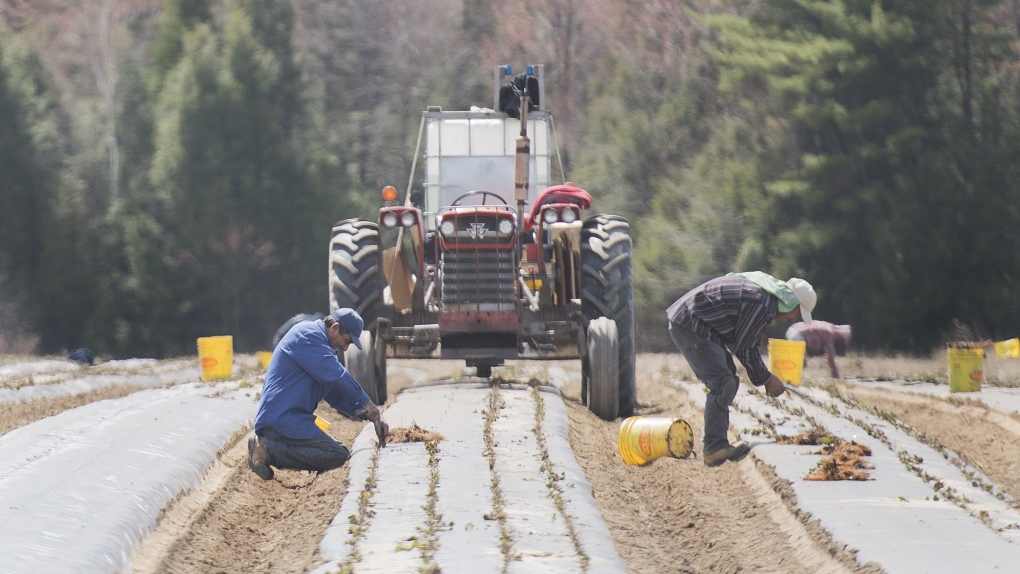 Temporary foreign workers from Mexico plant strawberries on a farm in Mirabel, Que., on May 6, 2020, as the COVID-19 pandemic continues in Canada and around the world. THE CANADIAN PRESS/Graham Hughes

LONDON, ONT -- A new deal between Canada and Mexico means farm workers will once again be allowed to come to Canada following a deal on better COVID-19 protections.

Essex has been dealing with outbreak on area farms in recent weeks, but it is not the only country in southwestern Ontario to battle outbreaks.

Towards the end of April dozens of cases were reported at Greenhill Produce in Chatham-Kent. That outbreak has been declared.

It was announced Sunday that a worker had died.

The Mexican government says it has now reached a deal with Canada for improvements in the temporary foreign worker program.

With files from the Canadian Press.