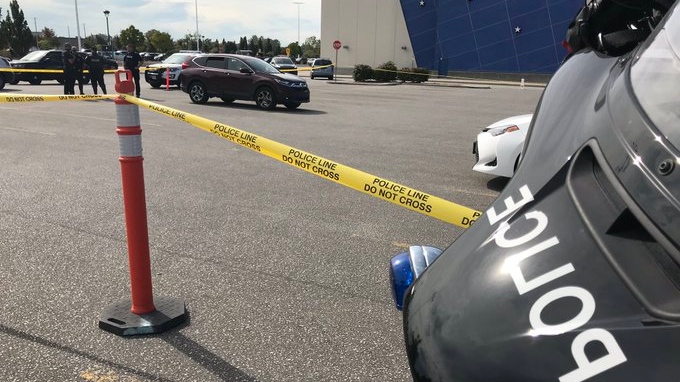 WINDSOR -- A man has been charged with attempted murder and a woman is suffering life-threatening injuries after getting struck by a vehicle at the Devonshire Mall parking lot.

Windsor police officers were called to a report of a pedestrian struck by a vehicle in the east side parking lot near the movie theatre.

Upon arrival, officers found a woman lying on the pavement. She was being assisted by witnesses.

Although conscious, the injured woman was transported to hospital for medical assessment.

The scene was contained and an investigation was launched.

Officers spoke with some witnesses who were still on scene.

Police say it appeared the injured woman had been struck by the man driving of a vehicle that was still at the scene.

The man was arrested without incident.

Members of the Forensic Identification Unit and Accident Reconstruction Unit attended and processed the scene.

Investigators from the Major Crimes Branch are continuing the investigation and want to speak with anyone who may have been in the area and witnessed the incident.

Through investigation, officers are satisfied that the accused and the victim are known to one another and that the incident was not a random crash.

To protect the identity of the victim, the name of the accused man is not being released at this time.

He is charged with one count of attempt murder.