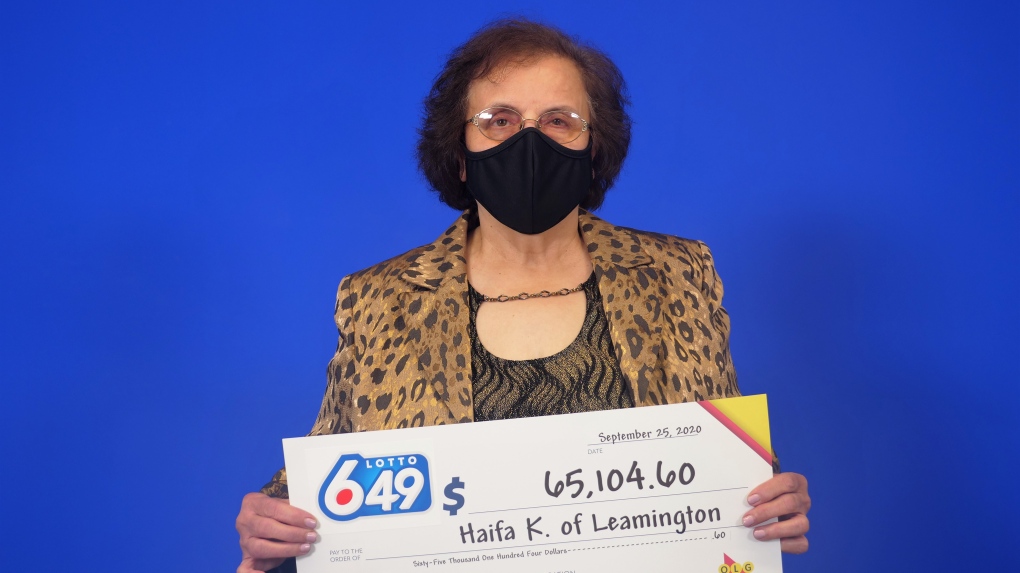 "I've been playing the same numbers for over 20 years," said Haifa, while at the OLG Prize Centre in Toronto to pick up her cheque. "This is my largest win."

The 71-year-old grandmother stopped at the store to check her ticket while on her way home.

"When I saw the ‘Big Winner’ message, I thought I was dreaming. I was so shocked I had to hold on to something.”

Haifa went home to share the news with her husband.

“He was shocked too – he kept looking at the ticket,” she added.

Haifa plans to put some of her winnings aside for the future and replace the furnace and air conditioning units in her house.

“The rest I’ll divide between myself, my husband and my kids and grandkids to have some fun with,” she said. "This is more than I ever expected.”

The winning ticket was purchased at Real Canadian Superstore on Talbot Street in Leamington.