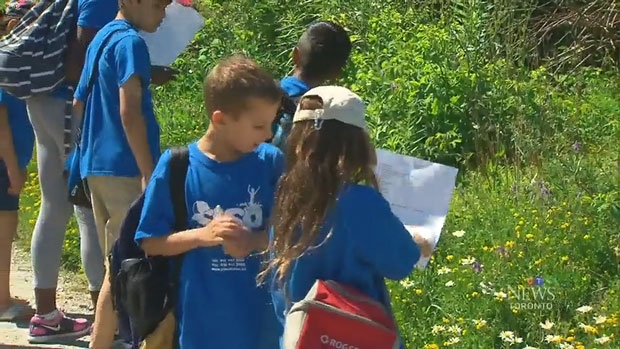 WINDSOR, ONT. -- A kindergarten teacher at a LaSalle public school is being recognized for an article she wrote with a writer’s award.

The Elementary Teachers’ Federation of Ontario (ETFO) has presented Deanna Pecaski McLennan with its 2020 Writer’s Award — Women’s Program for her article, “The Beautiful Tree Project, Exploring Measurement in Nature.”

“ETFO is so fortunate to have such an expert in early childhood education share her knowledge and passion with other educators as an ETFO Additional Qualification (AQ) instructor for Kindergarten courses,” said ETFO President Sam Hammond

The ETFO presents the award to an active woman member or a group of members recognize published or unpublished works.

Pecaski McLennan’s article was published in Teaching Children Mathematics. The piece describes how her kindergarten outdoor lessons have offered students with numerous inquiry and play-based activities.

While taking math outside, Pecaski McLennan’s students classified the changing colours of leaves, compared types and sizes of footprints they discover in Windsor, estimate branches on trees and how many leaves.

“Deanna concludes that the most effective inquiries are the real-life problems that impassion learners and that educators can help support effective meaningful math by attuning to children’s wondering,” a news release from ETFO states.

Pecaski McLennan is an instructor at both the University of Windsor and Queen’s University Faculty of Education. She has written numerous articles and has won two ETFO Writer’s Awards in 2013 and 2014 respectively.