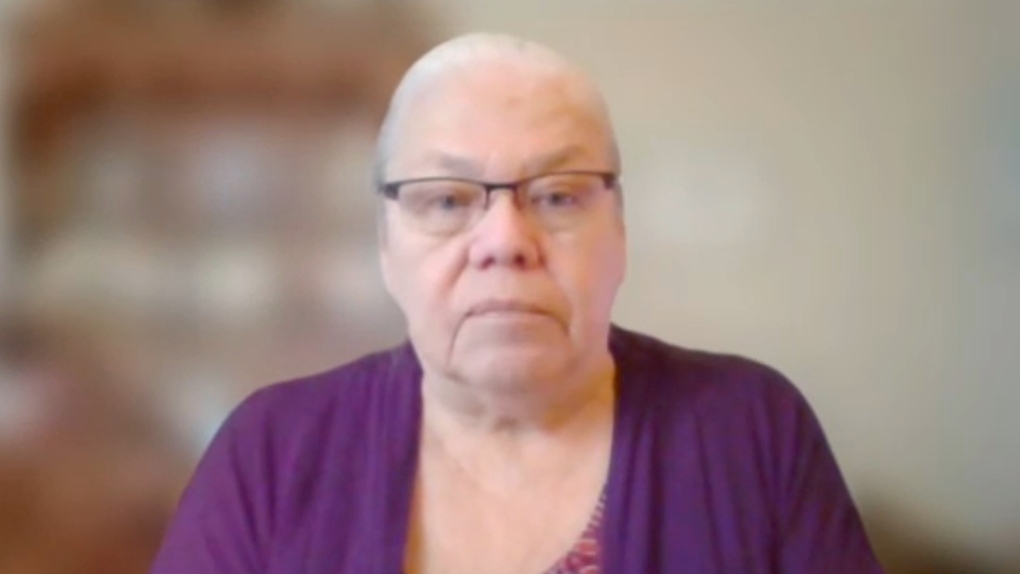 Theresa Sims, an elder with Sk:ana Family Learning Centre says the bodies of Indigenous children need to be recovered before their families can begin the healing process pictured in Windsor, Ont. on Wednesday, Jan. 26, 2022. (Sanjay Maru/CTV Windsor)

Growing up, Theresa Sims would hear stories from her mother, centred around the possibility that unmarked graves were located on the grounds of the former residential school she attended.

More of that evidence was announced this week, after investigators from the Williams Lake First Nation in B.C said they had discovered 93 potential burial sites on the grounds of the former St. Joseph’s Mission Residential School — more than three decades after it had been torn down.

The investigation was launched following the May 2021 discovery of 200 unmarked graves at the site of a former residential school in Kamloops, B.C.

Hundreds more unmarked graves were identified across the country in the months since, with dozens of additional searches being planned or currently ongoing.

“We have our death ceremonies to help spirits move on into the spirit world, to evolve and also help with the grieving,” said Sims, adding that many Indigenous children went missing or were murdered, robbing their families of the opportunity to properly pay their respects.

St. Joseph’s Mission Residential School, which operated as a residential school between 1891 and 1981 and was first run by Catholic missionaries before being taken over by the federal government, has long been linked to allegations of torture and abuse.

According to investigators who discovered this week’s preliminary findings, the 93 burial sites display varying characteristics “indicative of potential human burials” but “excavation is the only technique that will provide answers as to whether human remains are present.”

For Sims, the unearthing of these potential burial sites shows that “they’re finding the truth” about the federal government’s mistreatment of Indigenous people.

“Canada has to open up those closets, get those skeletons out and start allowing us to grieve,” said Sims. “When your heart is broken, it has to mend, and if there's no final ceremonies to help you start that healing, the pain is always there. There's that emptiness.”

"I know, every once in a while, it tears me up thinking we lost part of my family and I never got to know them, to hold them, laugh with them, to be with them, to be part of our family. That loss is heavy on all our nations."

With files from The Canadian Press and ctvnews.ca’s Daniel Otis.

Thunderstorms kill at least 5, knock out power in parts of Ont., Que.

As the May long weekend kicked off, a massive thunderstorm in southern Ontario and Quebec brought strong wind gusts that knocked down trees, took out power and left at least five people dead.

Russia pressed its offensive in Ukraine's eastern Donbas region Sunday as Poland's president traveled to Kyiv to support the country's Western aspirations and became the first foreign leader to address the Ukrainian parliament since the start of the war.

Croatian police opened fire with live ammunition during clashes on a highway with hundreds of soccer fans returning from a match in the capital, authorities said. Two fans and about a dozen police officers were injured.