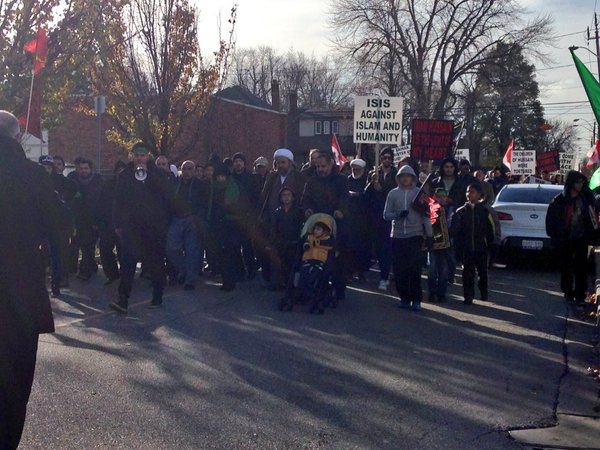 Hundreds of people from Windsor's Islamic community marched to city hall Sunday for the annual martyrdom anniversary of Imam Hussain.

Imam Hussain was the grandson of the prophet Mohamed and was the most important Muslim of his era.

In Islam, he is the symbol of courage and represents the struggle against tyranny and injustice.

Participants held signs of peace to stand in solidarity with those suffering at the hands of terrorism.