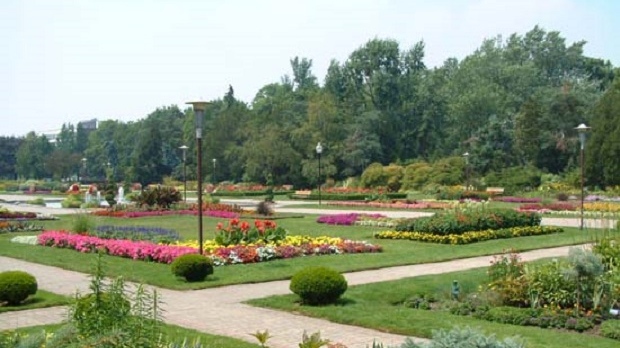 Jackson Park is shown in this undated photo in Windsor, Ont. (Courtesy City of Windsor)

The City of Windsor is going to deck out Jackson Park with a light display this holiday season, but it will come with a hefty price tag.

Council voted six to five Monday night in favour of spending $3 million on a legacy lighting display at Windsor's flagship park in 2017.

“It creates the atmosphere, initially that we’re trying to create,” said Windsor mayor Drew Dilkens during the meeting.

A report to council indicates it will cost $300,000 per year on a recurring basis should council choose to fund the project annually - though the city will look for sponsors to defray those costs.

Dilkens says the festival would be more than just lights - but also include carolers, food trucks, music and more.

He also says it could move to various locations down the road.

“Long term, I would love to have… a plaza that goes right to the waterfront, light that plaza up and then go east and west and build on that every year,” said Dilkens before the final vote. “What an amenity it would be for all of the residents who live here.”

Council was decidedly split on the issue and most of the discussion boiled down to the initial cost.

Ward 8 Coun. Bill Marra praised city staff for their work on the plan – and even agreed it was a great idea. But he disagreed with the process.

“I would prefer to have this conversation when we’re looking at other priorities, and answer those two key questions,” said Marra. “How does this measure up against other capital requirements, because $3 million is a lot of money, and secondly, what are the operating implications?”

The staff report indicates the project will be funded through methods that will not impact the taxpayer. According to the report, $1,000,000 will come from an anticipated surplus from the 2017 Enwin special dividend and $500,000 will come from an anticipated surplus in 2017 Ontario Lottery and Gaming funding from the casino. The remainder will come from the World Junior Hockey bid placeholder, which adds another $400,000, as well as $1.1 million from the enhanced capital budget placeholder funding for a new city hall parking garage.

Mayor Dilkens says people have been asking for better lighting for a long time, and the city is finally delivering in a responsible manner.

“I hope we do set the bar high. I hope people have high expectations from this city council that we’re going to continue to watch the budget,” Dilkens says.

HOW THE VOTE WENT DOWN: