Flair Airlines ruled a Canadian airline by federal regulator, to offer flights out of Windsor in July 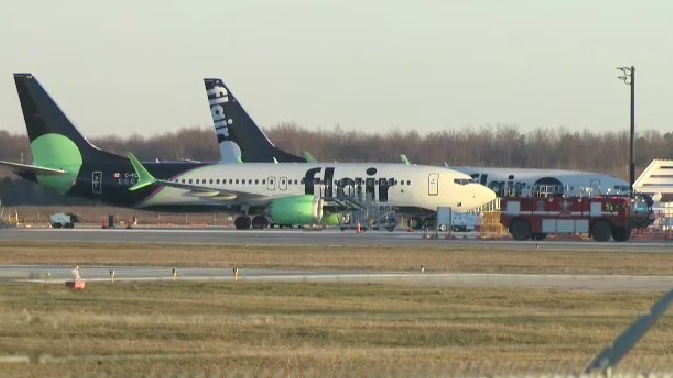 Discount airline, Flair, is now clear for takeoff out of Windsor following a regulatory review.

The Canadian Transportation Agency (CTA) launched an investigation into the airline’s corporate structure and ownership in April.

The agency concluded on Wednesday the company 'is Canadian’ and can keep its operating licence.

“We were always a Canadian airline, it’s just more clear now,” stated Stephen Jones, president and CEO of Flair Airlines during a news conference in Edmonton.

Canadian legislation allows no more than 49 per cent ownership of a Canadian airline by foreign entities.

Jones said his company did not turn to the federal government but instead relied more heavily on investors to carry them during the pandemic when airline traffic was light.

“The governance issue could have been made more clear.”

Flair has made a number of changes because of the investigation, including a promise to increase the number of Canadians on its board.

An upcoming shareholders meeting sometime over the next month will finalize that structure.

Flair has faced opposition from larger rivals Air Canada, WestJet and 30-odd other carriers who have publicly called for the regulator to rule against it.

The company announced it would be offering flights out of Windsor in March stating it wanted to bring “a long-weekend culture to Canada.”

The decision means Flair is moving ahead plans for two weekly direct flights out of Windsor to Montreal for $29 each way and Halifax at $29 there and $49 to return starting in July.

The Halifax route is scheduled to switch to Tucson, Az., sometime in December for the winter months.

- With files from CTV News Edmonton

Aid shipment to Afghanistan cancelled due to anti-terrorist law

Two containers of food bound for Afghanistan have been cancelled by a Canada-based aid agency because of a law banning any dealings with the Taliban.

The Meade County Sheriff’s Office in South Dakota said it has arrested the man wanted in connection with an Amber Alert in Saskatchewan.