Fergie Jenkins back in hometown to inaugurate new IBL franchise

Fergie Jenkins back in hometown to inaugurate new IBL franchise

The new Chatham-Kent franchise in the Inter-County Baseball League (IBL) was officially launched Friday with a contest to name the new team also now underway.

The franchise is the ninth in the league, which began in 1919 with officials believing this is the start of something special for the community.

“It's awesome. I've been waiting for this moment for so long,” said Owner, President and CEO Dom Dinelle. “I actually started this dream in 2007, putting the project on the shelf really thinking back again and a few times — and today it's concrete. We're doing it!”

The IBL approved the Chatham-Kent franchise in November for the 2024 season, which will be played at Fergie Jenkins Field in Rotary Park.

Baseball Hall of Famer Fergie Jenkins, who was named honourary president and former Expos pitcher and Chatham native Bill Atkinson, who will serve as team ambassador, were on hand for the launch.

“It's always nice to come home,” Jenkins said. “Chatham is my hometown, so many friends here and so many relatives. Kind of an honour to have that happen to two individuals to have that opportunity to play in the Major Leagues.” 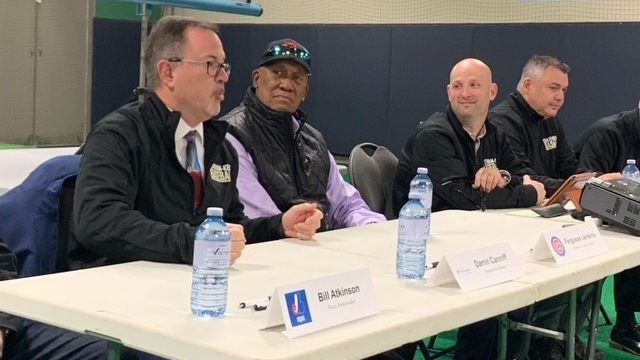 Jenkins said it should be a lot of fun to serve in his new role, and said his career can be credited to his time spent in Chatham. “It's a sports town. A lot of basketball, a lot of hockey and a lot of baseball, especially in the summer months.”

Officials said the franchise’s community mission is to deliver high-quality baseball to Chatham-Kent residents and to become a team that all of Chatham-Kent can be proud of on and off the field.

Dinelle said, “We want to be involved, go to the mall, having the mascot coming in the mall, going to schools. I would like to have a reading club with maybe kindergarten or something with a mascot or something. That'd be nice.”

He continued, “Doing some events in the summer like camping in the outfield or something. This is what we want to do want to be involved year round.”

Official said they hope to bring between 15,000 to 20,000 fans to the stands during the inaugural season and ideally hope to add a tenth team in 2024, which will allow them to split into two divisions of five teams.

In the meantime, people can make team name suggestions through the Chatham-Kent IBL website or its social media channels with five finalists to be announced on January 20.

“Snowplows is one thing but naming a ball team is a whole other league, no pun intended,” said Chatham-Kent Mayor Darrin Canniff. 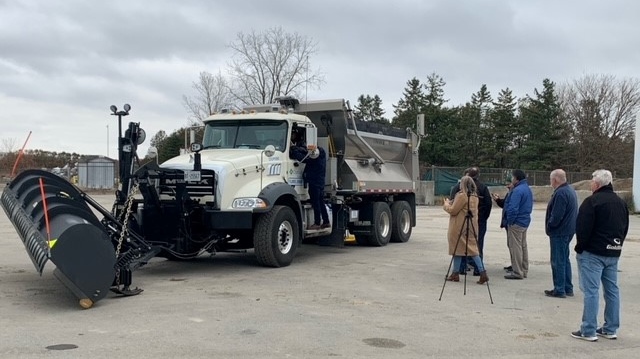 After the IBL media conference, Canniff and Jenkins checked out a 14 tonne snow plow named “Flurrie Jenkins” in honour of the Hall of Famer following a popular municipal snowplow naming contest.

“We are so thrilled to have them here,” exclaimed Canniff. “This is going to be a very successful franchise and Chatham-Kent is a great home for them.”

Jenkins said having the plow named after him is in his top 10 list of honours along with this latest endeavour.

“It's quite an honor. I'm hoping that we'll get some snow this winter," he said.

The first pitch is scheduled to be thrown in May 2024.

NEW | 'There are no words': Laval daycare bus crash prompts outpouring of condolences on Parliament Hill

Killer whale mothers take care of their sons much longer than their daughters. This could be why

The sacrifices female killer whales make for their sons well after they are weaned is negatively affecting their reproductive health, according to new scientific research.

With hope of finding survivors fading, stretched rescue teams in Turkiye and Syria searched Wednesday for signs of life in the rubble of thousands of buildings toppled by the world's deadliest earthquake in more than a decade. The confirmed death toll approached 12,000.

Turkiye-Syria earthquake: How to give to rescue and recovery efforts

In the aftermath of the deadly earthquake that struck Syria and Turkiye, Canadians are donating money and supplies to rescue and relief efforts there. CTVNews.ca rounds up ways you can contribute to charities based in Canada and abroad.