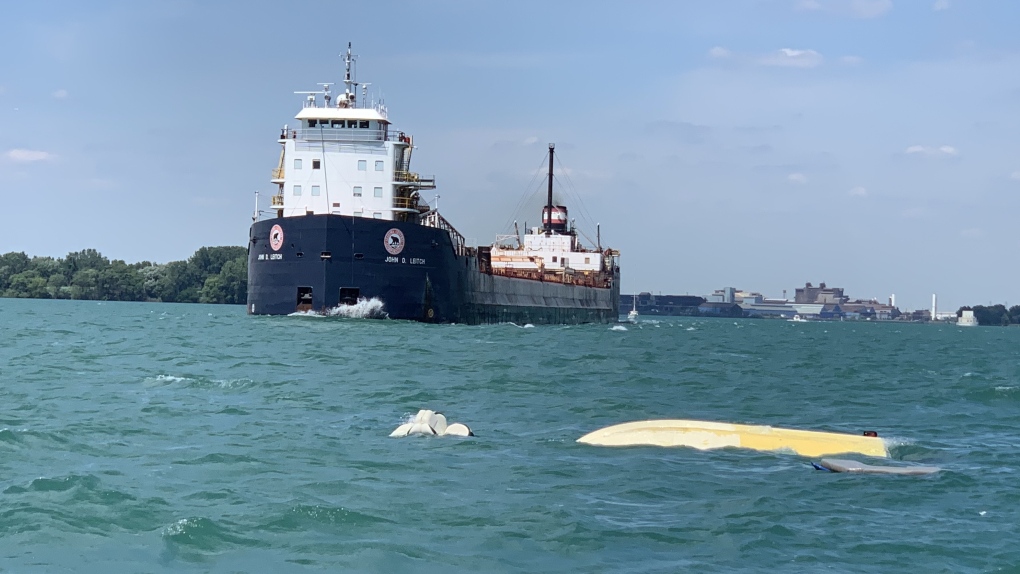 LONDON, ONT -- A family of five avoided serious injury thanks to an American boater and the Provincial Police who rescued them when their boat capsized in the Detroit River.

The family, two adults and three children, was in a 13-foot boat on Saturday when it capsized in rough water created by two passing freightliners in the Fighting Island shipping channel.

A boat from the United States helped rescue the family from the water along with the Essex County OPP Marine Unit.

Police say injuries were avoided because the family of five were all wearing lifejackets.

A quick response by police and the good Samaritan is also credited with helping the family to avoid any serious injuries.

Close call as #EssexCtyOPP Marine Unit assisted by a US pleasure craft, rescue a family of 5 from the Detroit River. Their 13 ft vessel capsized in rough water as 2 commercial freight liners passed. Injuries avoided due in part to PFD use and a quick response by our members.^jr pic.twitter.com/sVouYaGXT3