Even in water-rich Michigan, no guarantee of enough for all 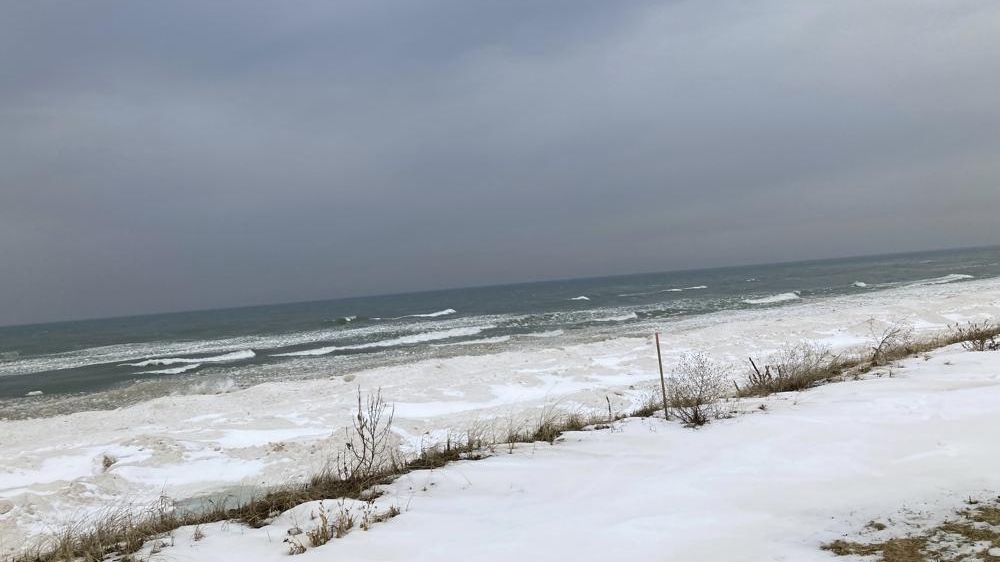 Dale Buist knew running a commercial greenhouse would pose challenges. He just never expected a water shortage to be among them. Not in Michigan, with its vast aquatic riches.

Yet a couple of irrigation wells yielded only a trickle. And one quickly ran dry.

He installed equipment to capture rainwater for the plants. Then a drinking water well failed. Finally, Buist spent $350,000 connecting to a pipeline that supplies nearby Grand Rapids.

“My greenhouse sits 12 miles from Lake Michigan, one of the greatest sources of fresh water in the world,” the Ottawa County grower said. “And I didn’t have enough.”

His struggle, resulting from a geological quirk and heavy demand from farmers, developers and homeowners in a surging section of southwest Michigan, is a cautionary tale for a state counting on its reputation as a water paradise to be a competitive economic advantage as climate change afflicts hotter, drier regions.

Some futurists depict Michigan and the Great Lakes as “climate havens” that will lure people and businesses weary of worsening drought, wildfire, hurricanes and other disasters. Not so fast, skeptics say. Amid images of abundance lurk problems with pollution, overuse and deteriorating infrastructure.

Outsiders “see these five enormous lakes and assume there’s more than enough water for everybody,” said David Dempsey, an environmental analyst for government agencies and activist groups. “But we have tons of unresolved problems.”

The Great Lakes region is striving to shed its worn out Rust Belt image by developing a “blue economy” that leverages its abundant fresh water. Around the lakes, many cities are promoting water-based tourism and technologies while converting urban riverfronts from industrial wastelands to parks and condominiums.

The strategy would seem especially suited to Michigan. Surrounded on three sides by four of the Great Lakes, it also boasts 11,000 inland lakes and 76,000 miles of rivers and streams.

“We are a state geographically and culturally defined by our water,” Gov. Gretchen Whitmer said at a conference last year.

But clean, affordable water isn’t as available as it seems.

Lead pollution has made the cities of Flint and Benton Harbor symbols of neglect disproportionately harming poor, largely minority communities. Water bills are soaring in some areas as infrastructure deteriorates, a recent University of Michigan study found.

Toxic chemicals known as PFAS, or per- and polyfluoroalkyl substances, contaminate wells around the state. Industrial waste, farm runoff and sewage trigger algae blooms and prompt occasional warnings about swimming in the lakes or eating too many of their fish.

And while Michigan does not share the growing crisis with depleted reservoirs and aquifers that haunts the West, that situation may be about to change — at least in high-demand areas.

The reason: Despite all that surface water, nearly half of Michigan’s residents get their supplies from underground. The state has the most household wells in the U.S.

Collectively, the Great Lakes region is believed to have enough groundwater to fill another Lake Huron. But it isn’t evenly distributed or accessible.

“This resource is vast but it’s finite and the public isn’t aware of that,” said David Lusch, a geography professor emeritus with Michigan State University. “We’ve all grown up with this bias that we’re the water wonderland and how could we possibly have a shortage?”

Glaciers that scoured the landscape before melting to form the Great Lakes left a jumble of subsurface rock formations, some holding more water than others, said John Yellich, director of the Michigan Geological Survey. Where soils are rich with sand and gravel, rain oozes deep underground, replacing water sucked out for irrigation, industry or home uses.

But in spots, thick clay prevents surface water from replenishing aquifers. Heavy pumping can send levels perilously low — and draw up salty remnants of oceans that covered the continent eons ago.

Michigan is behind on detailed mapping of its underground waters, so the extent of its vulnerability is unknown, Yellich said.

“For some parts of the state it’s a crapshoot,” he said.

In at least one place, the danger is clear.

SO CLOSE, YET SO FAR

Ottawa is the fastest growing county in Michigan and Allendale Township its boomtown — a Grand Rapids bedroom community home to Grand Valley State University. The main thoroughfare is lined with chain restaurants and stores. The Grand River, longest statewide, winds toward Lake Michigan past blueberry farms and cornfields mingled with newer subdivisions.

It’s a sore point for Chip Rybicki, a fifth-grade teacher whose family was first to occupy a new cul-de-sac in next-door Blendon Township five years ago.

“Nobody said, ‘Hey, do you realize there’s a lack of groundwater and you’re on a well?’” he lamented.

As his lawn sprinkler ran one summer day in 2019, “I heard this spitting and sputtering ... like when you go down to the bottom of a glass with a straw,” he said. “We were running out of water.”

He cut back on sprinkling — “I’d rather have an eyesore than no water” — but many others haven’t.

“People say, ‘Hey, I’m not watering that much,’ but add up thousands of homes and it’s a lot,” said Kelly Rice, president of the Ottawa parks commission.

She has defeated several citations alleging violation of rural “noxious weed” and road vision ordinances after replacing water-gorging turf grass with native shrubs on her 5 acres.

An advisory board is considering policies such as limiting well-dependent subdivisions, which might encounter resistance in the Republican-heavy county where Donald Trump received 60% support in 2020.

But an Allendale ordinance already requires that new residential projects connect to city water. Residents “will appreciate it when they turn on the faucet,” township Supervisor Adam Elenbaas said.

Some other parts of Michigan have geology like Ottawa County’s and “the potential is there for similar issues,” said Jim Milne, a water supervisor with the state Department of Environment, Great Lakes and Energy.

Demand is rising, particularly where farms are stepping up irrigation.

“Groundwater is a natural resource in peril,” Michigan academics and regulators said in an October report arguing for more protection from overuse and pollution.

Inland communities that run short can’t count on a bailout from the Great Lakes. They supply nearly 300 of the state’s public water systems — but mostly in coastal areas. Pipeline projects are very expensive and must meet rigorous environmental standards.

“Marketing the blue economy is a good idea,” said Alan Steinman, a Grand Valley State water quality professor. “But we don’t want to go the way of the lumber barons who said they saw a century’s worth of timber in Michigan and wiped it out in 10 years.”

U.K. Prime Minister Boris Johnson has agreed to resign, his office said Thursday, ending an unprecedented political crisis over his future that has paralyzed Britain's government.

Brittney Griner trial in Russia resumes amid calls for U.S. to strike deal

Jailed American basketball star Brittney Griner returns to a Russian court Thursday amid a growing chorus of calls for Washington to do more to secure her release nearly five months after she was arrested on drug charges.