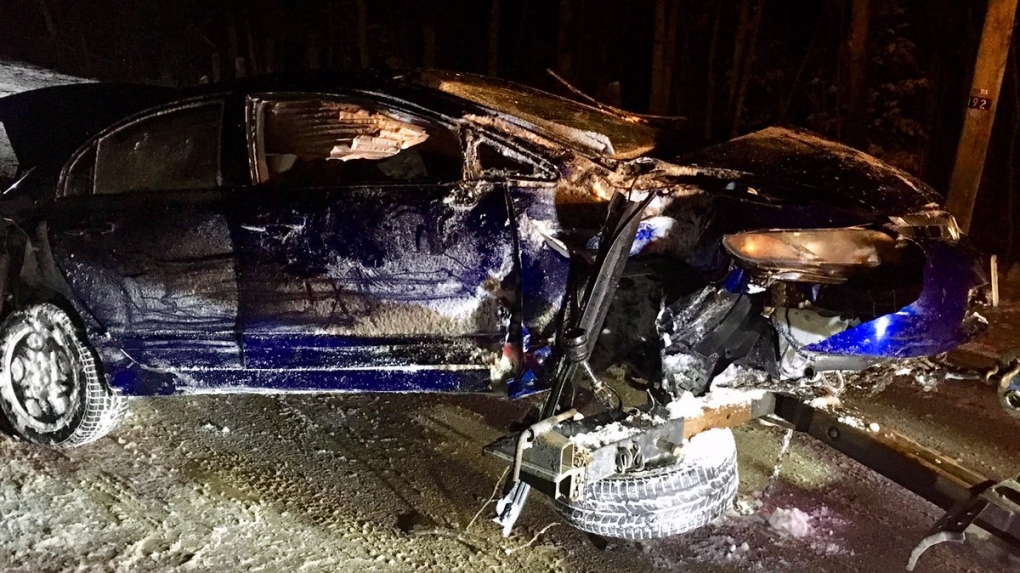 A vehicle is pictured following a rollover collision near Highway 7 and 5th Line in Milton Sunday March 03, 2019 in this image shared by Halton Regional Police. (@HRPSMiltHH /Twitter)

A driver who tried to evade a RIDE check in Milton was arrested for impaired driving after rolling his vehicle and trying to flee on foot overnight.

According to police, the driver lost control and rolled his vehicle after failing to stop at a RIDE spot check.

He tried to run away on foot after the crash, but police found him a short time later and took him into custody.

Images of the crash scene shared by police on Twitter showed a vehicle with serious front-end and rear-end damage.

Police used to incident to remind people not to drink and drive.