Cyclist and dog struck in hit-and-run crash in LaSalle

Cyclist and dog struck in hit-and-run crash in LaSalle 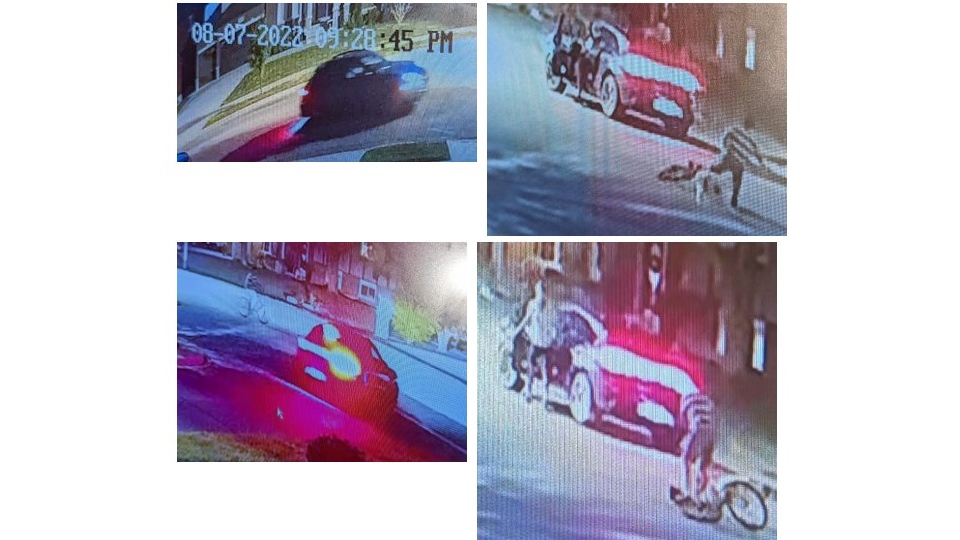 Police say a cyclist and dog were struck by a vehicle at Huron Church Line Road and St. Francis Street in LaSalle, Ont., on Sunday, Aug. 7, 2022. (Source: LaSalle police)

LaSalle police are looking for the driver of a vehicle after a cyclist and a dog were injured in a hit-and-run crash.

An adult male cyclist was struck by a vehicle at the intersection of Huron Church Line Road and St. Francis Street in the Town of LaSalle on Sunday around 9:30 p.m.

At the time, the cyclist was travelling on Huron Church through the intersection while walking his small dog.

Police say a vehicle travelling east on St. Francis stopped at the stop sign and then proceeded forward while the cyclist was in the intersection, resulting in a collision.

The driver of the vehicle allegedly briefly stopped and exited but did not remain on scene, leaving northbound on Huron Church in his vehicle.

Both the cyclist and the dog suffered minor injuries and were examined by paramedics and a veterinarian respectively.

The vehicle is described as a dark-coloured SUV – possibly a Porsche.

The male driver was described as being in their 30s or 40s, clean cut, and wearing a white shirt and blue pants.

There appeared to be a child in the rear seat of the vehicle at the time of the collision. There may be damage to the front driver’s side of the vehicle.

Investigating officers have obtained surveillance video of the incident and are asking any nearby residents to check their surveillance cameras for the above noted time frame for further evidence of this hit and run.