Crash closes Highway 401 near Dutton as man airlifted to hospital 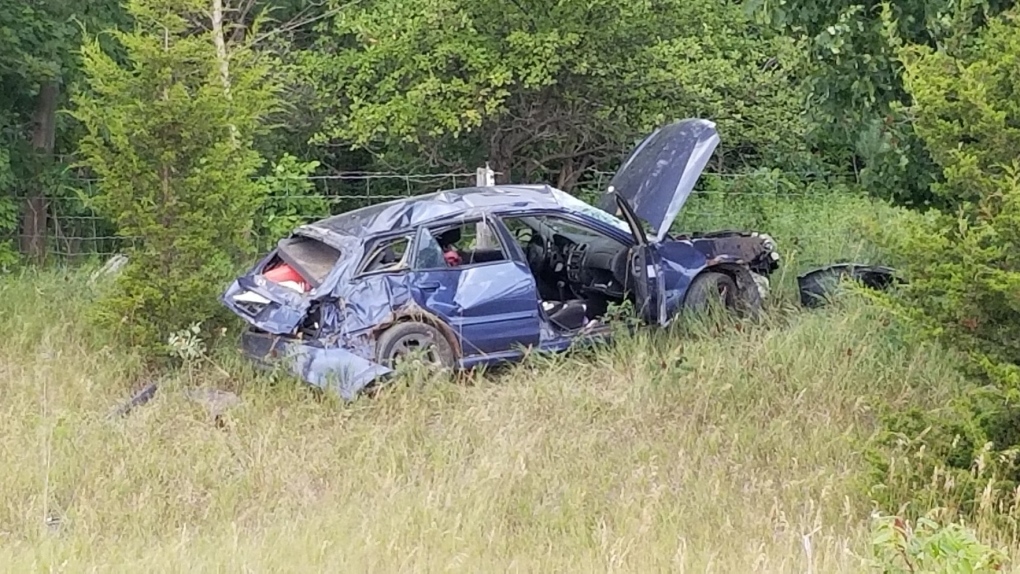 OPP say the driver was airlifted to hospital after a rollover on Highway 401 in Dutton, Ont. (Courtesy OPP)

A man has been taken to hospital via air ambulance with life-threatening injuries after a crash on Highway 401 near Dutton.

Elgin County OPP responded to the single-vehicle collision on the 401 between Iona Road and Currie Road around 10:40 a.m. Friday.

Police say early investigation has revealed that a vehicle traveling westbound on Highway 401, west of Iona Road, lost control and entered the north ditch. As a result of the collision, the vehicle rolled.

The vehicle was occupied by two people. The male driver was the one who was airlifted to hospital. The female passenger of the vehicle has received medical care at the scene from EMS.

The westbound lanes of Highway 401, between Iona Road and Currie Road have been closed to traffic to assist in the investigation.