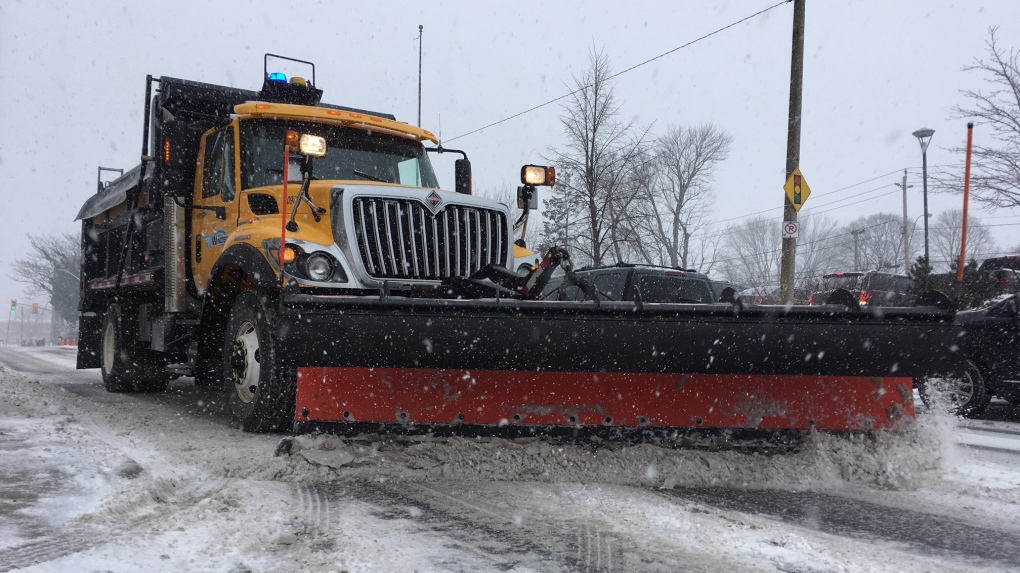 City of Windsor Public Works crews and contractors are cleaning up and ensuring roads are safe following a significant snowfall on Sunday.

The city says crews are also ready to tackle any further snow as according to the forecast Windsor could see another 10 cm overnight.

The city says staff monitor weather forecasts and start salting when needed to ensure roads remain as safe as possible.

Plowing also starts once the snowfall accumulation reaches five cm. An average route takes between three to six hours to finish once snow has stopped falling, depending on conditions, the city says.

Once the main roads are clear, if more than 10 cm of snow has fallen, then trucks will move into residential areas.

The city is asking drivers to be patient when travelling behind a plow and leave plenty of room. Following too close can lead to poor visibility and vehicle could be hit by salt, snow or rocks.

Property owners are reminded that cleaning the sidewalks bordering their property is their responsibility. The city is asking residents to ensure the snow is completely removed from your sidewalk to allow people with mobility issued to freely pass through.

It is prohibited to shovel snow back onto the street while clearing as it is unsafe for motorists. The city says sidewalks in commercial areas are to be cleared within four hours after snowfall ends and within 12 hours for residential areas.

The city is also reminding residents the Snow Angels volunteer snow removal program is still in need of volunteers to help others clear the snow.

For other winter reminders from the city, visit the City of Windsor website or call 311.

The police official blamed for not sending officers in more quickly to stop the Uvalde, Texas, school shooting is the chief of the school system's small police force, a unit dedicated ordinarily to building relationships with students and responding to the occasional fight.

Fifty-eight-year-old Vivian Ketchum is set to receive her high school diploma at a graduation ceremony at the University of Winnipeg next month. It is a moment that is decades in the making.

Students trapped inside a classroom with a gunman repeatedly called 911 during this week's attack on a Texas elementary school, including one who pleaded, 'Please send the police now,' as officers waited more than an hour to breach the classroom after following the gunman into the building, authorities said Friday.

Fragments of a comet broken nearly 30 years ago could potentially light up the night sky Monday as experts predict an 'all or nothing' spectacle.

Transport Minister Omar Alghabra says the federal government is working with groups on the ground to resolve air travel 'bottlenecks' in time for a busy summer.