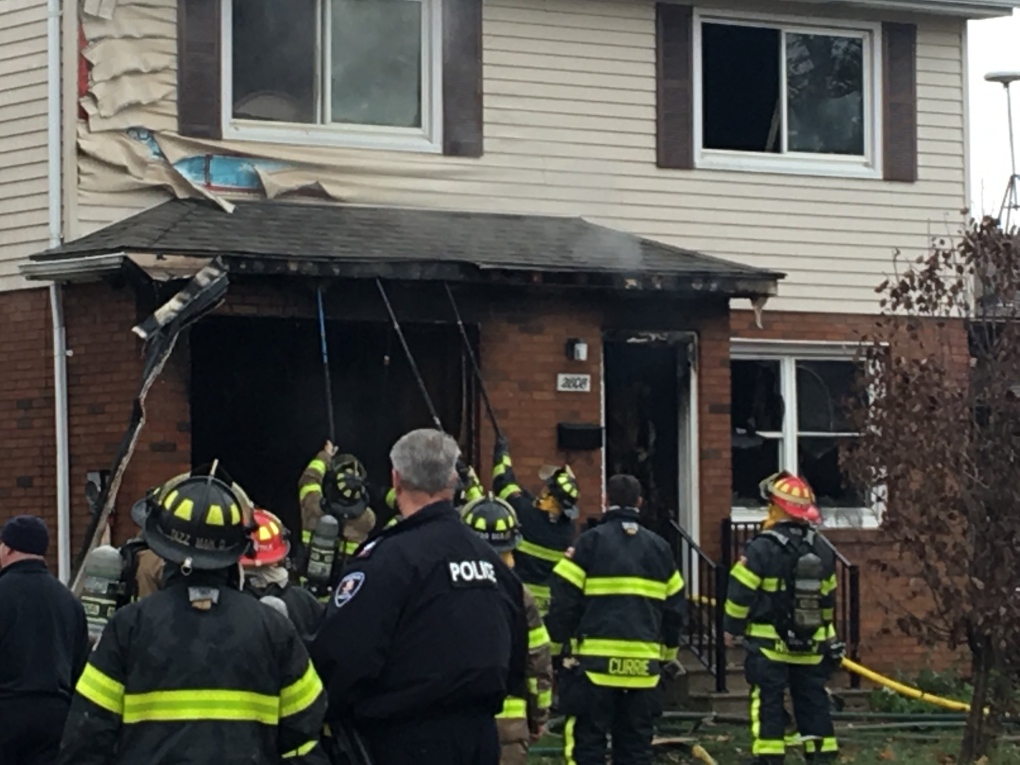 A house on Rivard Avenue in Windsor has been severely damaged by fire.

Crews stripped the gutter and blasted the roof with water in an effort to extinguish the blaze.

They were on scene for hours, putting out hot spots as the home continued to smoke.

Investigators believe the fire was  started by an incense burner.

The home is owned by the Windsor Housing Corporation, and 11 people have been displaced.