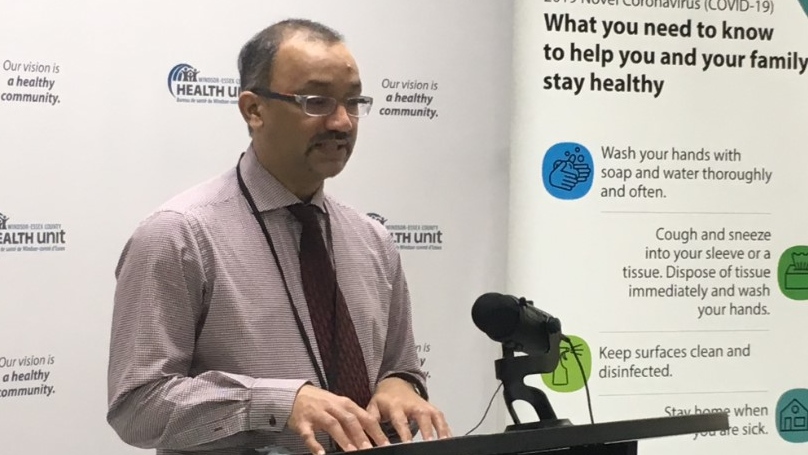 WINDSOR, ONT. -- The Windsor-Essex County Health Unit says there are 88 new cases of COVID-19 in Windsor-Essex, including 87 in the agri-farm sector.

There are 1,580 confirmed cases in the region, including 864 people who have recovered.

There was one new case reported in the community, according to numbers released on Monday.

Windsor-Essex medical officer of health Dr. Wajid Ahmed says the high number of cases are as a result of the mass testing at local farms.

“Even though we have a high number, if all of them are self-isolating, the risk to the community is contained,” says Ahmed.

He adds they were expecting the numbers to increase when the test results started coming back, but the amount is high.

“What we are dealing with is unprecedented,” says Ahmed.

Ahmed says the new cases are all part of the same workplace in Essex County. The health unit is not releasing the name of the workplace.

This is the second highest spike in new COVID-19 cases in the region. The highest daily total was on Sunday, when 98 new cases were reported, including 96 in farm workers.

The health unit says a total of 674 agri-farm workers have tested positive for the virus in the region.

Six workplaces in the agriculture sector are in outbreak status – four in Leamington and two in Kingsville. The two towns are the only areas of the province still in Stage 1 for reopening.

There are two long-term care facilities in outbreak status – Village of Aspen Lake and Extendicare Tecumseh.