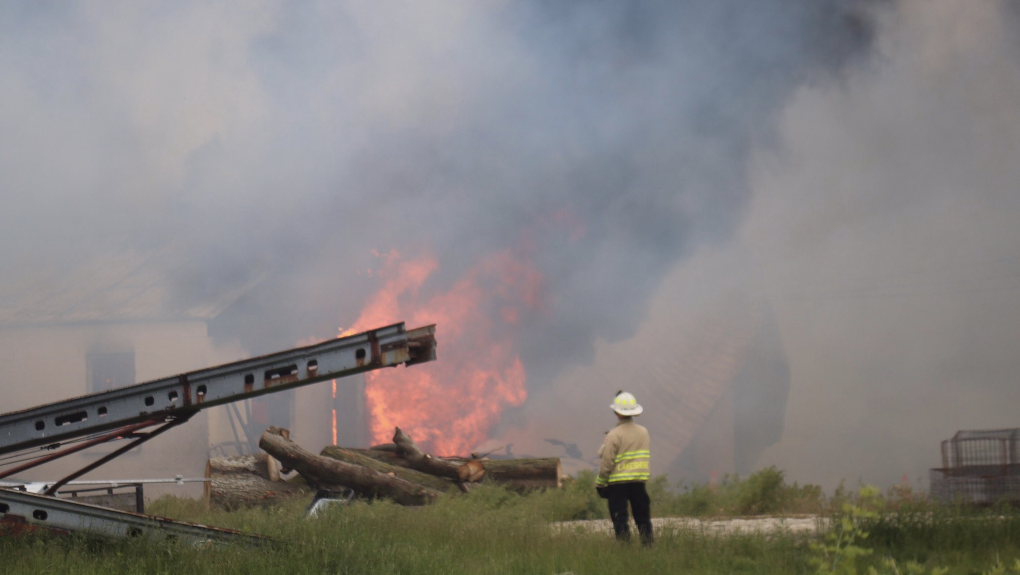 Deputy Fire Chief Jason Suchiu says the building was fully involved when fire figthers arrived to the property in the 2800 block of Lakeshore Road 243 around 8:30 a.m.

Suchiu says the residents were able to rescue much of the livestock in the building. There were 106 animals were in the barn at the time, including the four calves.

One family member tells CTV News nearby farmers have stepped up and have taken the remaining 102 animals to be taken care of. 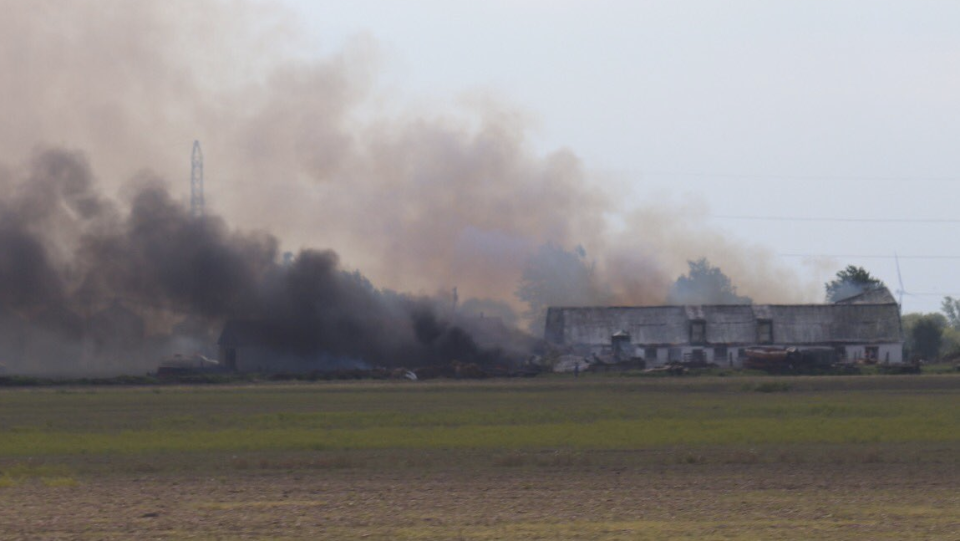 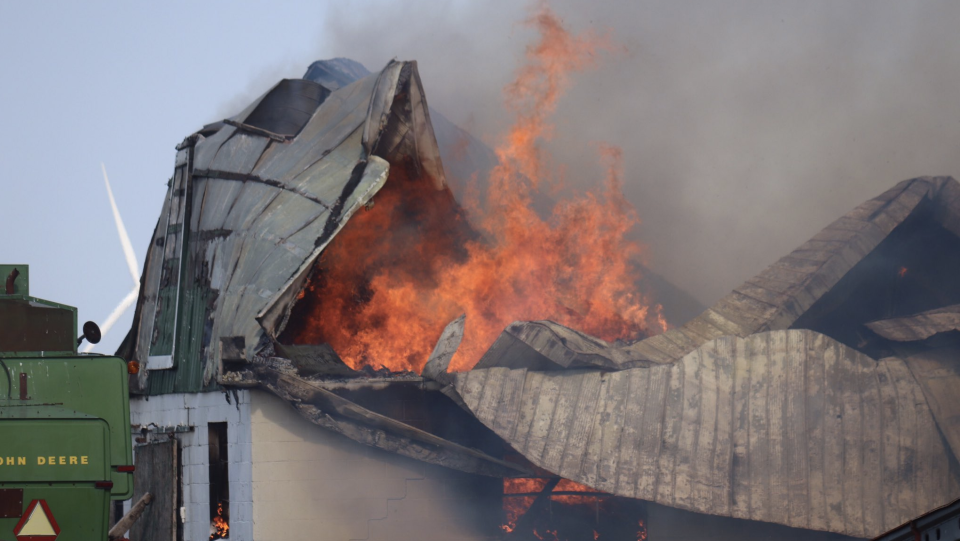 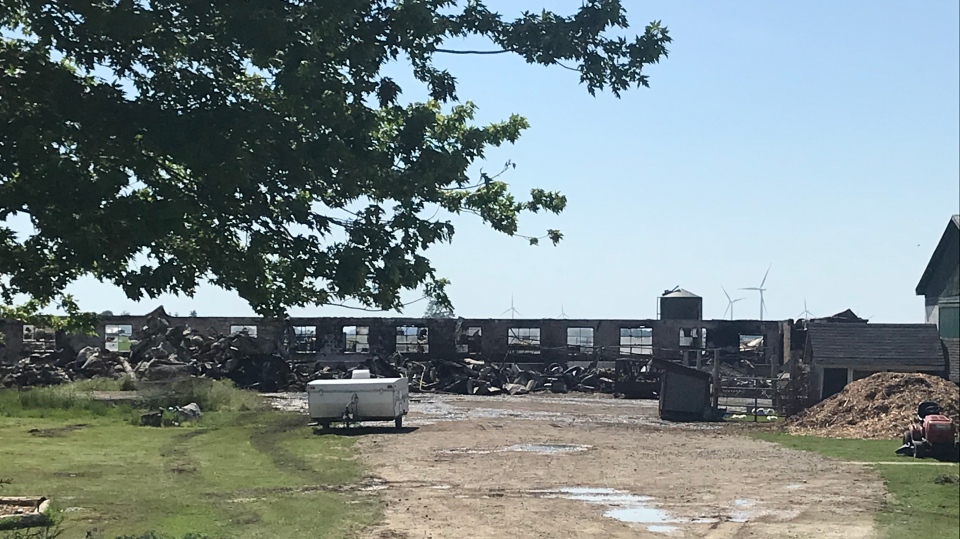 The early damage estimate of $500,00 includes the calves.

The fire fighters have no cause at this time.