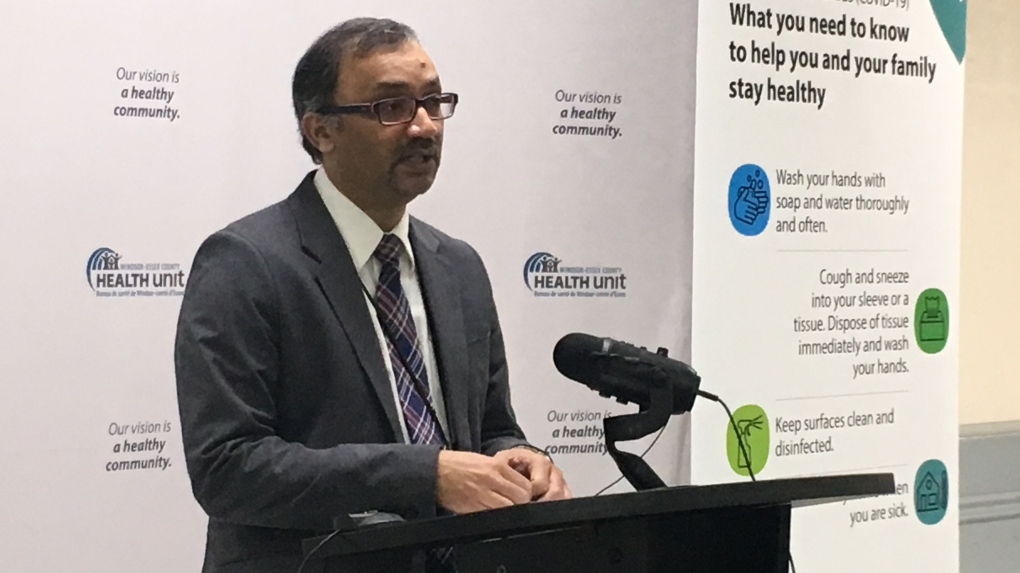 WINDSOR, ONT. -- The Windsor-Essex County Health Unit confirms there are 641 cases of COVID-19 in the region, including 18 new cases and three new deaths.

The health unit released the new numbers on Monday morning. There are 202 recovered cases.

The death toll in Windsor-Essex is at 54 people. Forty of the deaths have been residents in long-term care homes.

Windsor-Essex medical officer of health Dr. Wajid Ahmed says the new deaths were a woman in her 90s, a woman in her 80s and a man in his 60s. He says they were all residents of long-term care homes.

Eight long-term care homes in the region are experiencing outbreaks.

What about the younger population?

Health unit officials say there has been a slight increase in younger members of the community getting COIVD-19.

“Most of these cases I would expect is a contact transmission from their family,” says Ahmed.

There have been 102 cases in Windsor-Essex residents ages 20 to 29.

The symptoms are not typically as severe in younger people, but Ahmed says no one is exempt and everyone must remain vigilant in helping prevent the spread of the virus

In Chatham-Kent, there were 88 positive COVID-19 cases reported as of Monday morning.