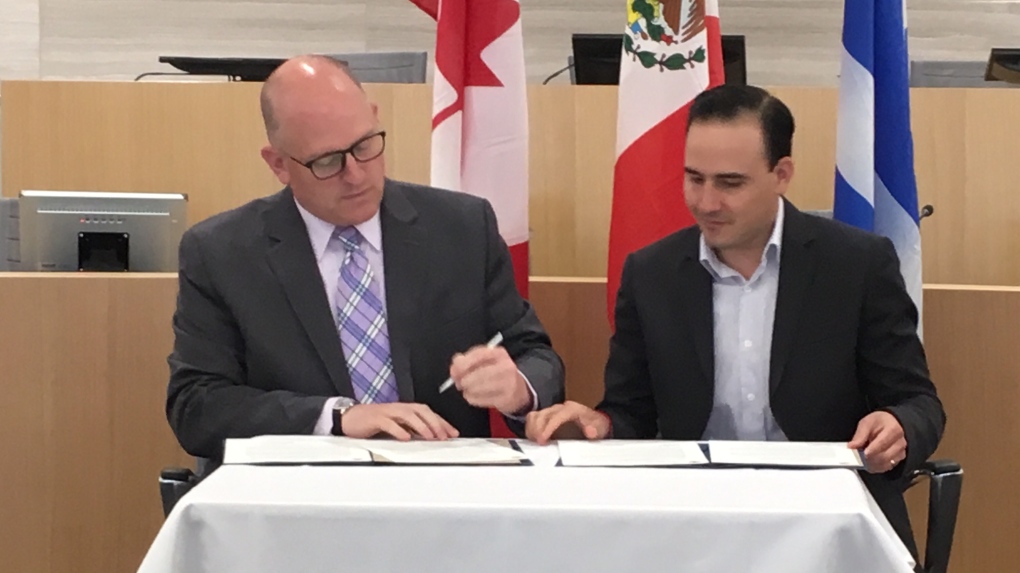 After 25 dormant years, the partnership between the City of Windsor and Saltillo, Mexico was renewed with a special signing on July 15, 2019. ( Chris Campbell / CTV Windsor )

The City of Windsor is celebrating a reinvigorated relationship with its long lost sister city.

After 25 dormant years, the partnership between Windsor and Saltillo, Mexico is alive again after a special anniversary signing on Monday at Windsor city hall.

The signing coincides with the 3rd annual Children's Art Exhibit which is currently on display at city hall.

Mayor Drew Dilkens and International Relations Committee Chair Fred Francis were both on hand along with dignitaries from Mexico.

"It might be similar to a family member, you have a long lost cousin out there, you get in touch with them you talk to them and you notice you have a lot more in common than you thought," says Francis. "You did and you're happy you reinvigorated that relationship."

Both Dilkens and Francis believe renewing the sister city relationship will lead to economic, social and cultural benefits.