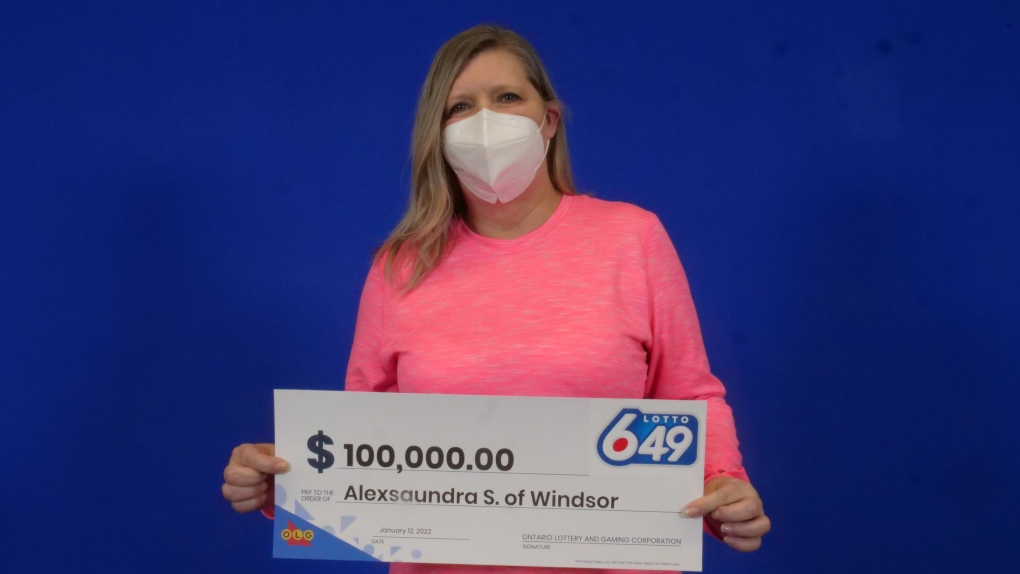 A Windsor woman was in disbelief when she found out she had won $100,000 in the Lotto 6/49 super draw on Christmas Day.

Alexsaundra Staats said she purchased the lottery ticket after seeing an advertisement for the draw.

“I thought I’d treat myself – when I looked at the winning numbers, I was in disbelief,” she shared while at the OLG Prize Centre in Toronto to pick up her winnings. “My daughter verified the win using the OLG App on her phone. We were both pretty amazed!”

Staats plans to splurge on an Apple watch for herself and put the money in the bank for now.

The winning ticket was purchased at Mac’s on Seminole Street in Windsor.