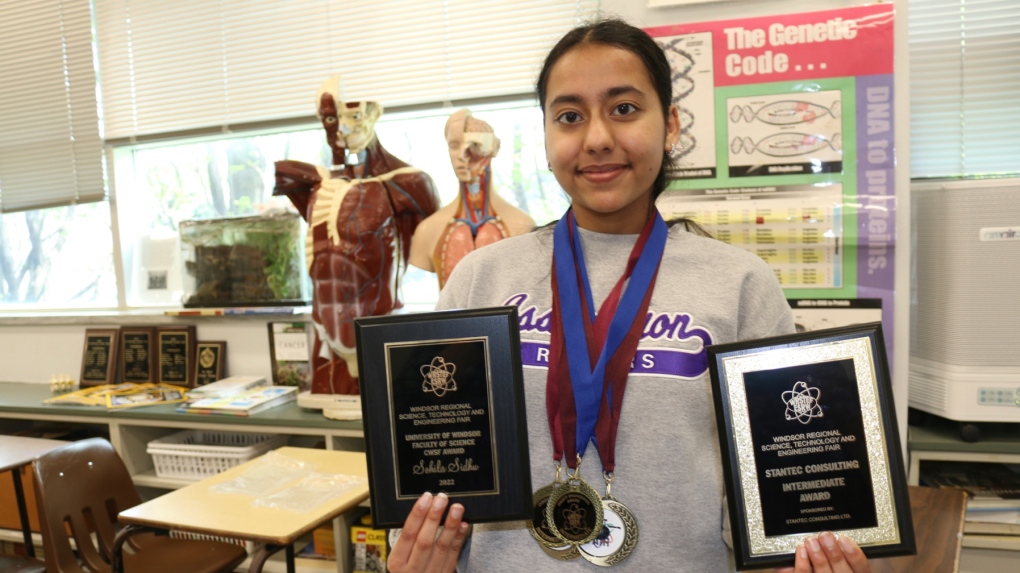 A Windsor high school student is heading to a national science fair competition after winning local accolades for her “artificial pancreas” prototype, which could make diabetes easier to manage.

“With an artificial pancreatic device, all of these burdens can be lifted,” said Sohila Sidhu, who is currently a Grade 10 student at Assumption in Windsor.

“It administers insulin allowing blood glucose levels to be returned back to normal,” Sidhu said. “And once they are back to normal, it stops administering insulin because it’s not needed anymore.”

The inspiration behind the project came from watching her mother inject insulin needles after getting gestational diabetes during pregnancy with Sidhu’s sister.

The high school student combines biomedical sciences with coding so the device could be managed from a smartphone.

Sidhu took the idea to the 59th annual Windsor Regional Science Technology and Engineering Fair and her prototype won the University of Windsor Faculty of Science award.

She’s virtually taking part in the Canada-Wide science fair, which will be hosted in Fredericton, N.B. from May 16 to 20.

She hopes to one day bring the idea to market.

“In the future I definitely want to create this so it’s real life application so it could actually work,” Sidhu said.

“Especially as a young female entrepreneur, this really gives me hope that people are supporting me in this journey.”