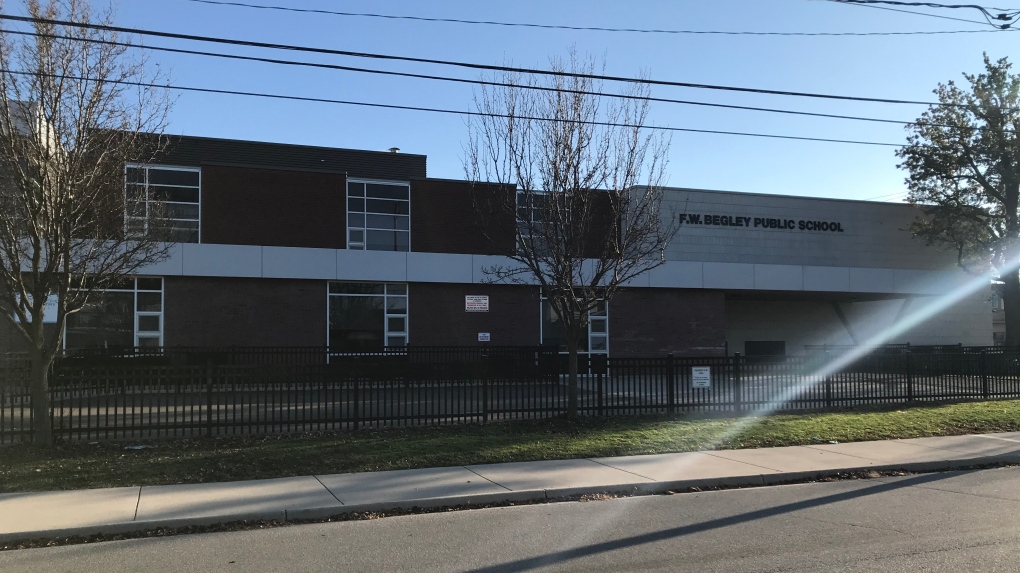 The health unit declared an outbreak at the Windsor school on Tuesday and dismissed all students and staff.

Ahmed said the WECHU team is already working on close contacts for the infected individuals.

He said the entire school is considered high-risk.

“There are also concerns about who is the index case, how did it come,” said Ahmed.

“In the absence of information, we felt like it was important to break the chain of transmission in the school and to protect all of the vulnerable by dismissing the entire school.”

Local Elementary Teachers Federation of Ontario (ETFO) president Mario Spagnuolo believes there are issues with the current cohort setup at the elementary level.

“If we were able to track properly, we would know which classrooms to send home,” he said.

Spagnuolo says teachers who are in multiple classrooms, such as French teachers, see about 150-200 students on a daily basis.

“In those cases, if it was one of those staff members for example, then yes, the other four or five classes could have been affected in one day.”

Spagnuolo believes with smaller class sizes, with proper social distancing and ventilation in place the situation could have been avoided.

Windsor Regional Hospital has arranged for dedicated testing for students and staff at the Met Campus. The COVID-19 assessment centre is located in the ER parking lot. It will be open Wednesday from 12 p.m. -7 p.m. and Thursday and Friday.

“The slightest moment that you feel you have symptoms, go get tested,” said Ahmed.

Students and staff without symptoms can also get tested at the dedicated site.

“The timing is coincidental and Begley is so close to Met Campus so it made it an easier decision,” says Steve Erwin, manager of communications at Windsor Regional hospital. “It’s easier than having potentially dozens of individuals who wanted to seek testing try to squeeze in appointment times at Ouellette Campus, which has remained busy and steady.”

WECHU says the infectious period was Thursday, Nov. 12. As a precaution, the entire school community has been dismissed and asked to isolate for a period of 14-days or at the direction of the health unit.

“At this time the focus is to work with the school to contain it from the school setting perspective,” said Ahmed.

Superintendent of Education for GECDSB Sharon Pyke said they are working closely with the health unit and following their guidance.

“The health and safety of students and staff remains our first priority and we continue to inform the school community and implement all health and safety protocols, including enhanced cleaning and disinfecting of the entire school,” said Pyke.