'We've been getting a lot of calls': Recreational camping banned until at least mid-June

WINDSOR, ONT. -- Windsor campground is gearing up to welcome back recreational campers, but the Ontario government says reopening will be stalled for at least another two weeks.

Windsor Campground manager Ron Laliberty says it’s frustrating and campers are wondering when they can book.

“We’ve been getting a lot of calls, a lot of people calling for reservations and that and unfortunately they’re a little frustrated too because we’re not taking any reservations until this is physically lifted,” says Laliberty.

“I imagine we’re only making half of what we’re making now because we lost half of the season for pull-throughs,” he says.

Laliberty says everything is in place to reopen fully at a moments notice.

“We are ready,” says Laliberty. “If they say yes. The sign will be open.”

There is, however, some good news for Windsor campground. They were allowed to open 125 of their 250 sites for seasonal camping in mid-April.

“We’re extremely lucky to be here because at one point we didn’t know if we were even going to open,” says camper Bernice O’Halloran. 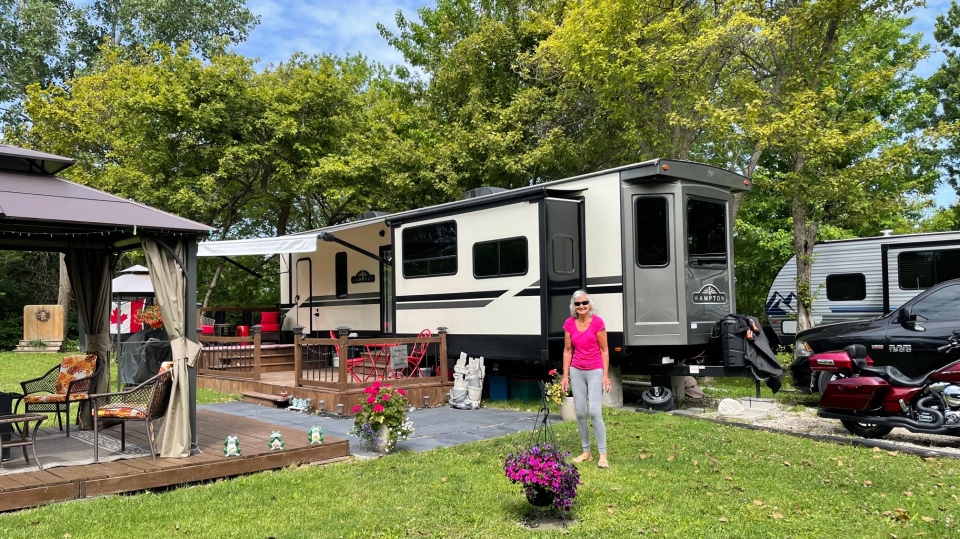 Many Windsor snowbirds travel to Florida in the winter and live in seasonal campsites for the warmer months.

“It was extremely important for us and I was super happy that the campground got to be open because this is our home,” adds snowbird and seasonal camper Michelle Malette.

While the seasonal campers are glad to be back in their sites, they are looking forward to the loosened restrictions.

“It’s a little disheartening that we can’t have people out here to come visit. We have a brand new great granddaughter and we’d like to have them come out,” says Malette.

Private campgrounds aren’t the only ones under lockdown, provincial sites in Wheatley and Rondeau have also banned recreational camping until Step One in Ontario’s Reopening roadmap kicks in.