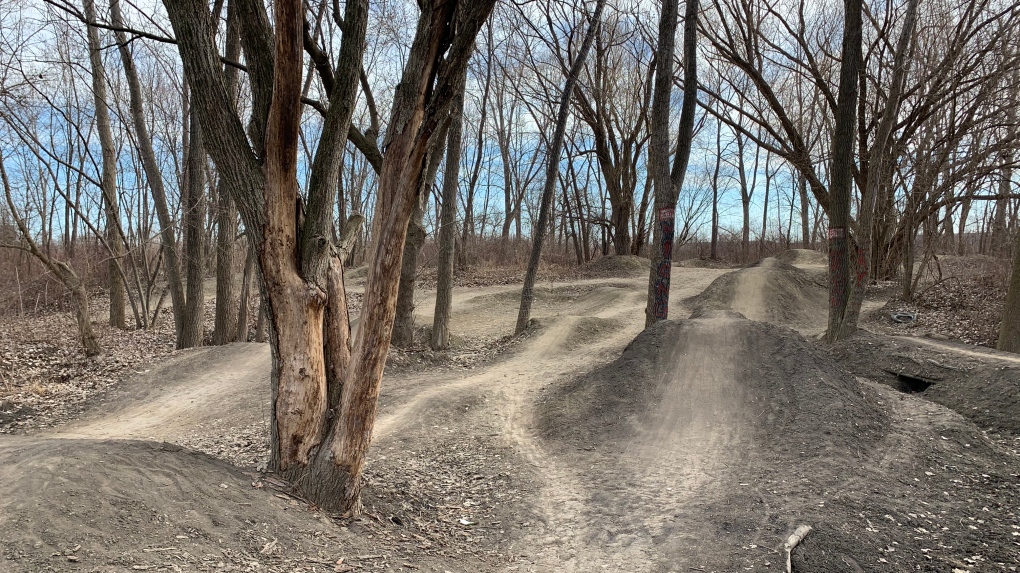 An online petition was formed asking residents to help save the dirt bike jumps set up in Little River Corridor Park in Windsor, Ont. on Monday, March 15, 2021. (Chris Campbell/CTV Windsor)

City officials say crews will be on site later this week to remove the structures to ensure continued public safety and protect taxpayers from liability.

“We understand cycling enthusiasts have the best of intentions when they build these trails, but these trails are not designed or engineered in accordance with industry best practices, and the members of the community are not authorized to ensure safe infrastructure is built,” said senior parks manager James Chacko. “In this case, the layout, ramps, culverts and materials used could easily lead to unanticipated injuries, and, as park owner, the city has to head off potential liability by acting.”

An online petition formed earlier in March, appealing to residents to save the dirt bike jumps set up in the area near the Ganatchio trail. 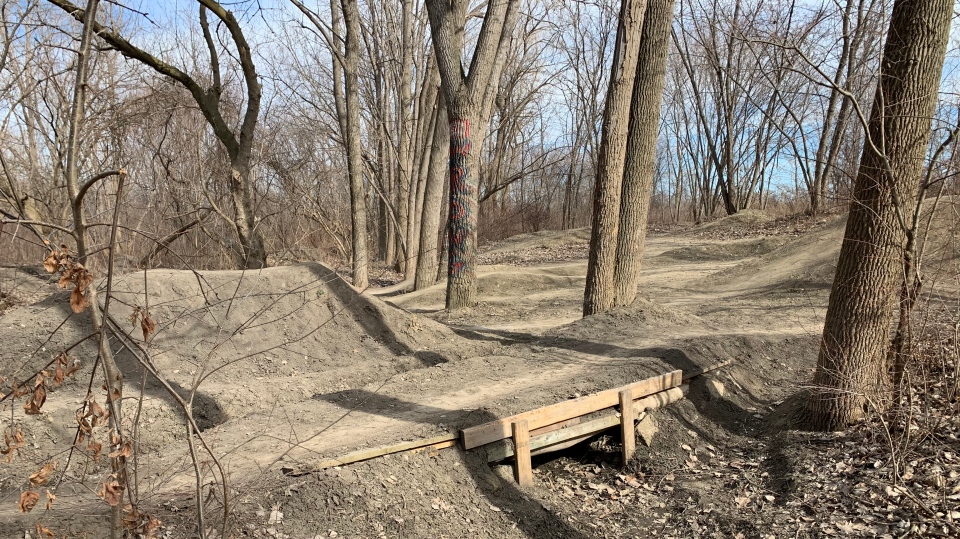 Parks crews will be removing the trails that pose a hazard to the community this week, and the city asks residents to make use of the many miles of sanctioned trails throughout the region instead.

For off-road cycling enthusiasts specifically, the city worked with members of the International Mountain Bicycling Association (IMBA), to create beginner and intermediate tracks at Malden Park and Little River Corridor Park in 2020 and will begin the final phase of the Malden Park tracks this year with the installation of an advanced uphill and downhill track course.

An engineered pump track course will be built in another area of Little River Corridor Park later this year as well.

Windsor city council says the city has committed millions of dollars to create safe and properly engineered infrastructure throughout the city, including $17.5 million on parks alone this year.

More information on parks and trails can be found in the Park and Forestry pages of CityWindsor.ca.