Two people charged after knife and cannabis seized in Chatham 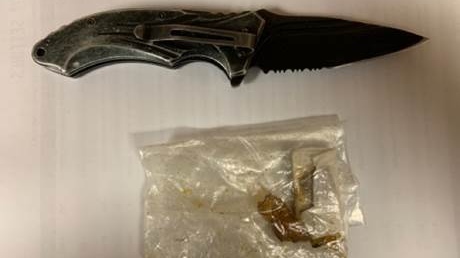 WINDSOR -- Chatham-Kent police say two people have been charged after they seized a switch blade knife and cannabis resin.

Members of the Chatham-Kent Police Intelligence Section and Critical Incident Team executed a Controlled Drugs and Substances Act warrant at a home on Gray Street in Chatham on Tuesday.

Officers say they found a small amount of suspected shatter (cannabis resin) and the knife.

A 42-year-old Bothwell man and a 36-year-old womn, of no fixed address, were both arrested and charged with drug possession and possession of a prohibited device.

They were released pending a future court date of Feb. 27.