WINDSOR, ONT. -- Windsor Regional Hospital officials say a two-year-old child was admitted at the hospital’s Met Campus with symptoms that are similar to the Kawasaki Syndrome.

Staff reacted to the toddler's condition after a high alert had been sent to hospitals, warning doctors to watch for these symptoms because of a possible link COVID-19.

“It's far too early to know whether this is a Kawasaki-like illness or not but again, we're taking those precautions, says Dr. Wassim Saad, WRH chief of staff.

The child had a fever and a rash, symptoms linked to Kawasaki Syndrome - a rare disease affecting kids under the age of five. 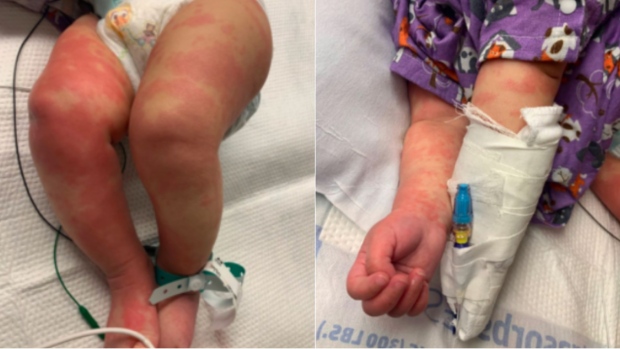 Windsor-Essex medical officer of health Dr. Wajid Ahmed says the risk is being studied at this point.

“We don't know for sure if it is linked with COVID,” says Ahmed.

Saad says if this case turns out to be COVID-19-related Kawasaki Syndrome, then the two-year old could have already had COVID-19 four to six weeks ago.

“It's an immune system reaction where their body is trying to fight off the virus,” says Saad. “Now it's turning on itself and fighting itself.”

Saad says the child is currently under observation in the paediatric department.

“The toddler that came in yesterday under normal circumstances could have been sent home with a post-viral reaction because they were doing well, but because of the information we have and the environment we're in now we are taking extra precautions and admitted them to be safe,” says Saad.

Ahmed says COVID-19 testing is unreliable in a case like this.

“When we have the antibody testing in our community I think it would be really important of us look at all the cases that we have especially with concerns of Kawasaki disease or any type of vasculitic reaction,” says Ahmed. “We are seeing not only in the children but also in older adults.”