Three people were rescued from Lake Erie after their speed boat sank near Kingsville, Friday.

"It went from a case of going to help a friend tow a boat, into now we are actually looking for them," said Shawn Chapman who was one of the first to arrive on scene. "They all had their life jackets on. They were holding the boat cushions."

Champman says the distressed boaters called Chapman friend for help from a cellphone – as a mayday call was received by marine assistance at 1 p.m.

Despite waves as high as six feet, Chapman was able to locate the trio, pulling them from the rough water before officials arrived. 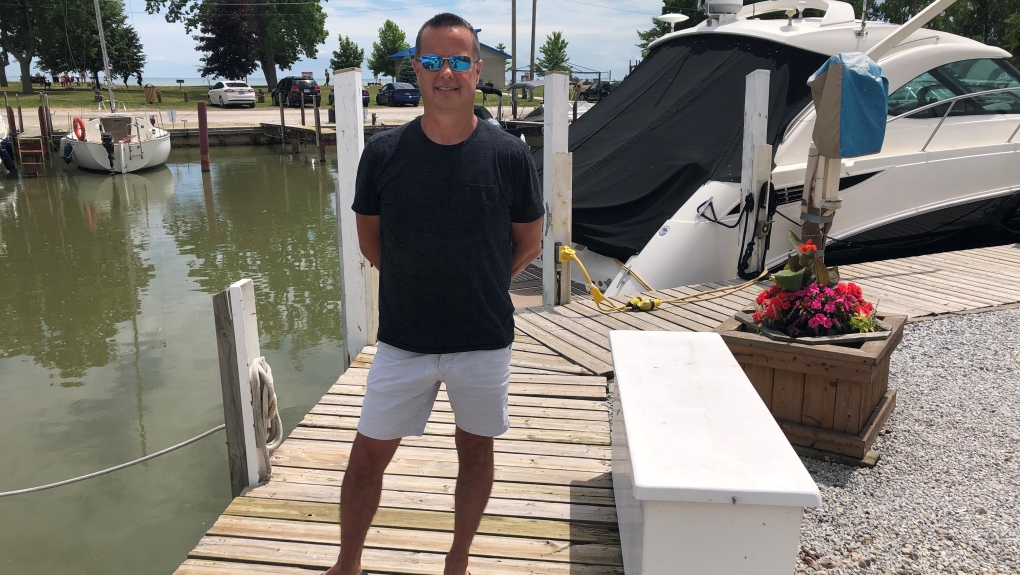 "What really helped was when the U.S Coast Guard helicopter came. They were able to tell us over the phone where they were in relation to the helicopter and that's when we found them."

"Thank god for the waterproof phones today, because that's pretty much what saved their lives today," said Darin Alderton of C-Tow.

"I was able to talk to them the entire time and they were able to direct us in the water. Without that, I don't know if we would have found them. It's a big lake. When you're searching for someone in a one or two mile radius, it's not easy to find them," said Chapman.

Alderton says they're seeing a huge increase of calls for them as well as the fire department stating they need more safety on the water.

The next step is to recover the vessel which currently remains underwater.

"It looks like it's directly in an entrance of a marina. Our number one goal is safety, so we're going to try to accommodate that and find that vessel and bring it to shore in a safe manner.

Alderton says the 27 or 29 foot boat evidently sank because of the condition of the Lake.

The family of Hae Min Lee is appealing a Maryland judge's decision to vacate the murder conviction of Adnan Syed, who was accused of killing the teen and served more than 20 years in prison before his release last week, according to a court document filed Wednesday.