'This has become a matter of life and death': Union leader calls for urgent action at Windsor nursing home 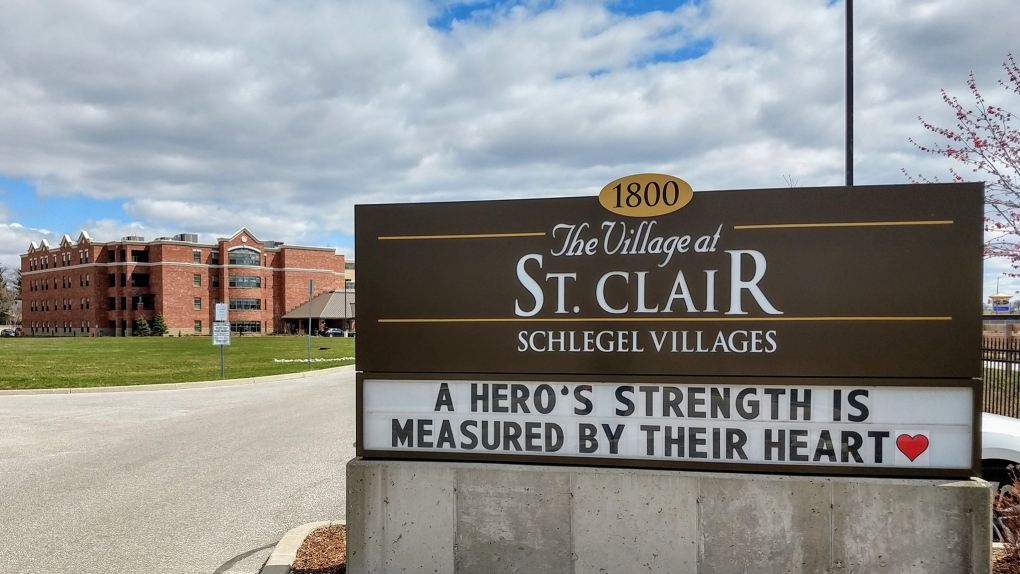 WINDSOR, ONT. -- The union representing workers at the Village of St. Clair nursing home in Windsor is calling on the provincial government for more support after receiving “desperate pleas” from its members.

Unifor national president Jerry Dias penned an open letter to Premier Doug Ford Tuesday asking the premier to use any resources available, including the Armed Forces or Red Cross, as the outbreak at the home continues.

“We are receiving desperate pleas from our members on the front line who are quite literally in tears over their inability to meet the needs of their residents,” the letter says. “There are simply not enough staff available to provide the necessary care.”

Tullio DiPonti, president of Unifor Local 2458 which represents the workers at the Village at St. Clair told CTV News the home needs more bodies to help workers care for residents.

The home saw its first positive case on Dec. 8.

The letter says as of Tuesday, there are 97 active COVID-19 cases among residents and 50 among staff. It adds nine residents have died since the outbreak began.

Hotel Dieu Grace Healthcare said in a news release Tuesday it deployed eight people to support staff at the home on Monday to aid in efforts to contain the spread of the virus and assist in “returning the home to normal operations.”

The hospital says its Incident Management Response Team continues to work with the team at Schlegal Villages to identify further needs.

While the union is aware of the company adding workers, Dias says it is not enough.

“Quite simply, this has become a matter of life and death,” he says. “The employer’s attempt to use agency workers as replacements is not working."

While not laying blame, Dias is asking the provincial government for immediate assistance.

He says in some instances there is one PSW assigned to more than 30 residents.

“When you add to the fact that many of these residents are sick with COVID-19, you can only imagine the horrors that are taking place,” Dias says.

Dias asked the premier to have the province take over responsibility of The Village of St. Clair’s operation and ensure they have adequate front line staff while utilizing any resources available.

The office of the minister of long term care told CTV News in an emailed statement an on-site investigation has been initiated.

“We want residents, families and staff of The Village at St. Clair to know that we take their concerns very seriously. The ministry has been in regular contact with the home as they work with partners to address the outbreak.

We also continue to work directly with the local public health unit, the local health integration network, Hotel-Dieu Grace Healthcare and other health sector partners. Together, we are taking action to support the home to improve infection prevention and control measures, shore up staffing and ensure adequate supplies of PPE. Additional nurses and PSW’s have been secured, along with hospital staff and the home reports that staffing is now stable. The ministry also initiated an inspection onsite today.

Decisions regarding when and where alternative management support is needed are made on a case-by-case basis.

We remain committed to doing everything we can, along with our partners, to help stabilize the home and have it return to normal operations.”