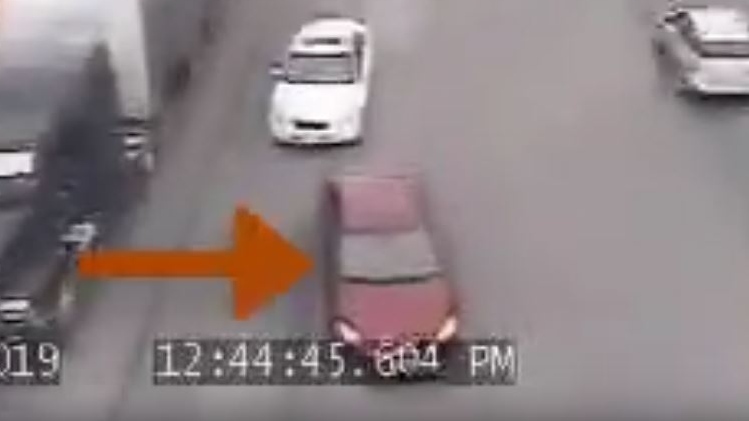 Windsor police have released surveillance video of a car with hopes it will help find the driver of a hit-and-run crash involving a motorcycle.

Officers responded to the crash on Dougall at E.C. Row Expressway on Monday at about 12:45 p.m.

Investigators have released video surveillance of the suspect vehicle, which is believed to be a red four-door Chevrolet Impala. Police say the collision with the motorcycle occurred just out of camera view.

The motorcyclist was transported to hospital with non-life-threatening injuries.

Officers spoke with witnesses at the scene and classified the investigation as a hit-and-run matter, as information was received that a suspect vehicle had collided with the motorcycle, and then fled the area.

Investigators believe the suspect vehicle had been travelling southbound on Dougall Avenue, then attempted to make a U-turn, when it collided with the motorcycle.