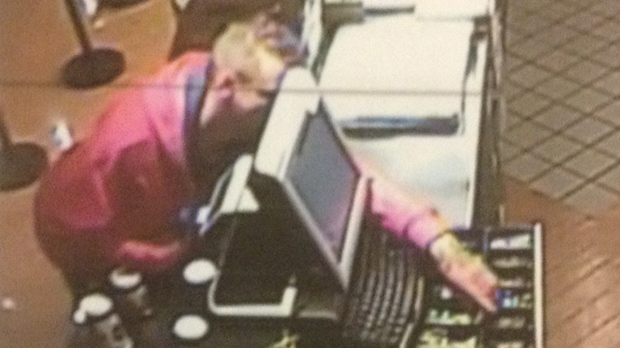 Windsor police are investigating after some cash was stolen from a Subway Restaurant at Windsor Regional Hospital.

Hospital spokesperson Ron Foster says a man approached the Subway located inside the Metropolitan campus around 5 p.m. on Tuesday. The man allegedly reached over the counter, while an employee was distracted and swiped some cash from the register. Foster says a tip jar was also taken.

The man then left the hospital, hopped on his bike and left the scene.

A hospital surveillance camera captured the theft on camera. When the video was review, police were contacted.

This is the third incident at a Windsor Subway Restaurant, where money was taken in two weeks. However, Staff Sgt. David Kiger says police at this time don’t believe this theft is related to the two robberies.

The suspect wanted in robberies at a Tecumseh Road East and an Ouellette Avenue Subway Restaurant is still at large.

Anyone with information about any of the three incidents is asked to call police or Crime Stoppers.