Strong winds down power lines and trees in Windsor-Essex 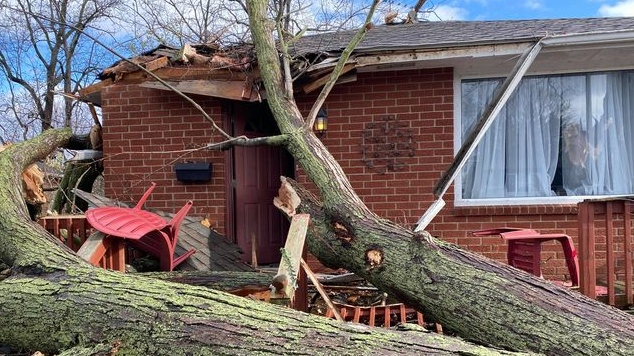 A tree damaged a house after a wind storm ripped through Kingsville. Ont., on Sunday, Nov. 15, 2020. (Courtesy Allison Stead)

Here's a photo gallery of the wind damage.

A hydro pole split in half on Goyeau Street, knocking out power for about three hours. Wires touched briefly creating a big spark.

The high wind also downed trees across the region. Cleanup was already underway Sunday on one east Windsor street with several trees impacted. 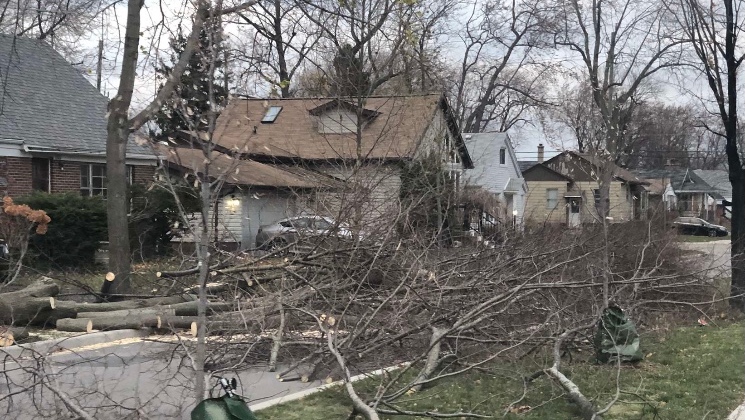 Environment Canada had issued a wind warning for Windsor-Essex and Chatham-Kent.The warning has since ended.

More wind damage was reported in east Windsor, as it ripped down a backyard fence. 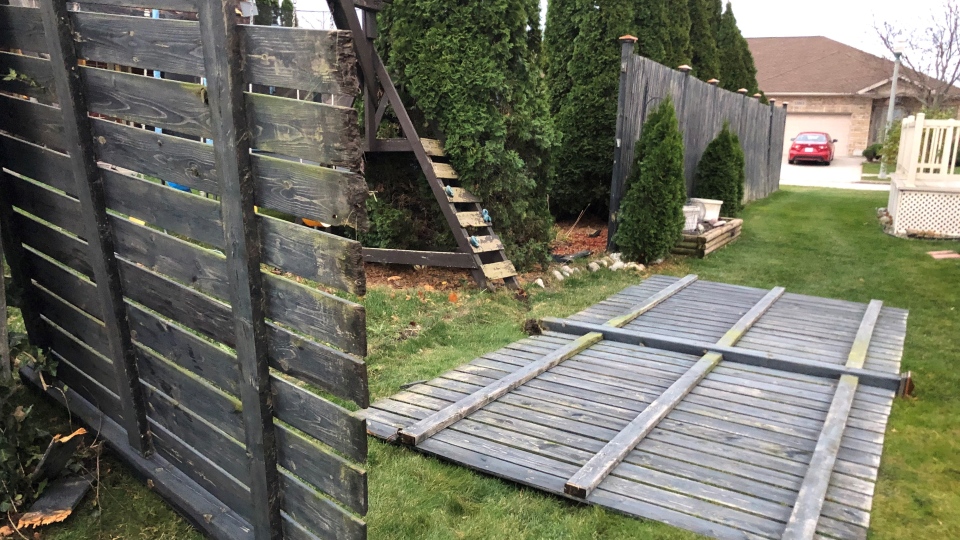 Many residents will likely be surveying property damage and cleaning up on Monday. CTV Windsor has reached out to the City of Windsor to see how many wind damage calls it received.

This is a developing story. More coming.