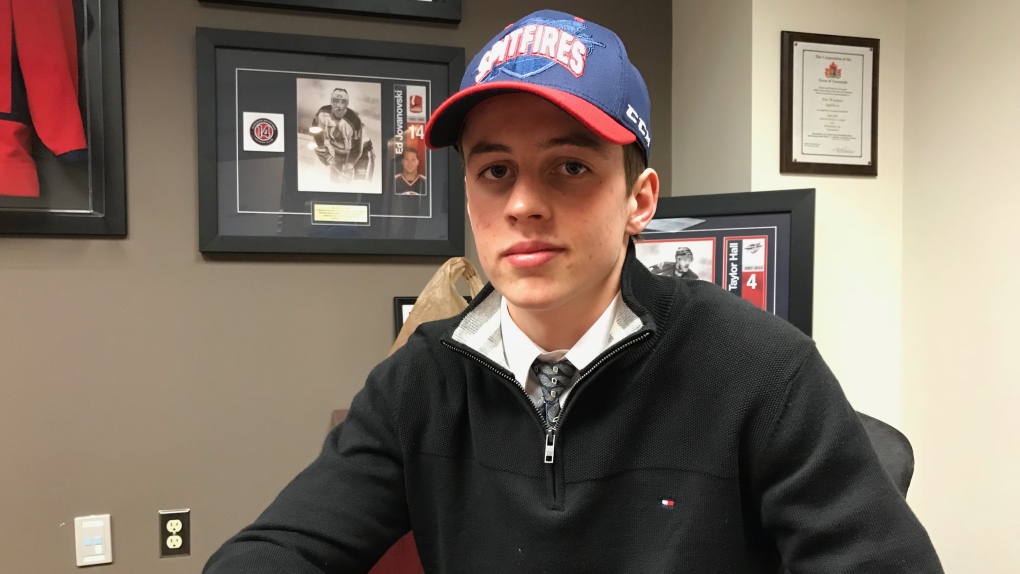 Centre Jean-Luc Foudy was the 10th overall pick in the first round. (Courtesy OHL)

The Windsor Spitfires went shopping for offence at the 2018 OHL Priority Selection.

Of the 16 players selected by the Spitfires on Saturday, 10 were forwards, including centre Jean-Luc Foudy with the 10th overall pick in the first round.

Foudy, a Scarborough native, says he brings speed and playmaking ability to the Spitfires.

“It’s extremely exciting and kind of overwhelming,” admits Foudy. “Yesterday you are just a minor hockey player and now you are drafted to an OHL team, one of the better organizations. I’m just extremely happy to be hopefully playing for them next year.”

Foudy’s name may sound familiar to OHL fans. His brother Liam plays for the London Knights, and they are already looking forward to competing against each other.

“There’s already a rivalry between me and my brother,” admits the younger Foudy. “Now we are going to be going up against each with teams who are not the biggest fans of each other, and I’m hoping to beat him.”

A pair of local players – Johnny Ulicny and Aleksa Babic of the Sun County Panthers AAA program – were taken by the Spitfires in the later rounds of the draft.