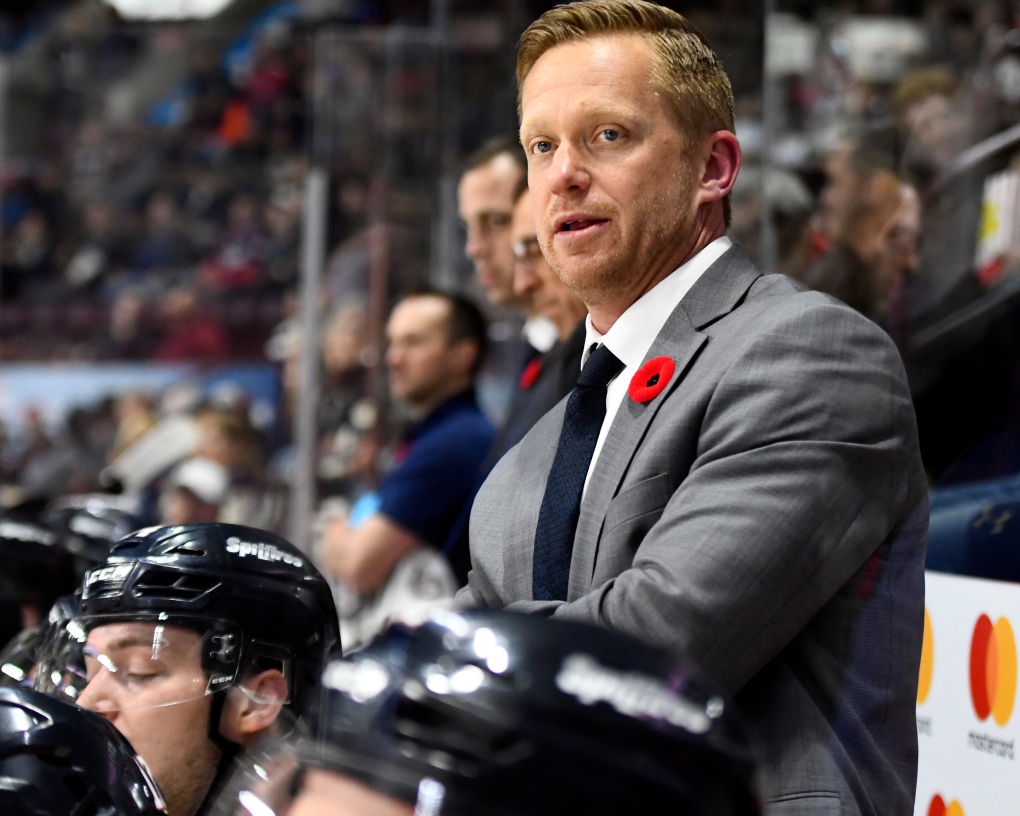 WINDSOR, ONT. -- The Windsor Spitfires head coach is heading to the NHL.

Trevor Letowski has accepted a role as assistant coach with the Montreal Canadiens.

“Trevor has been instrumental in his leadership of the Windsor Spitfires during the past six seasons,” said a news release from the Spitfires on Wednesday. “Letowski has many coaching accolades both with the Spitfires and with Team Canada.”

Before starting with the Spitfires, he won a bronze medal with the Team Canada U18 squad.

“I have truly come to love this city and will always feel like a part of this community. I was afforded a new opportunity I couldn’t pass up but it doesn’t make it easy to leave. I will miss the tight knit group of coaches, staff and players we have built here as well as the amazing fans,” said Letowski.

Letowski started as an associate coach with the club for the 2015-2016 season with Rocky Thompson as head coach and Jerrod Smith as assistant coach. The team had a record of 40-21-6-1 and clinched 5th in the conference and 2nd in the division.

During that winter, Letowski had the opportunity to be an assistant coach with Team Canada for the World Juniors, the team lost in the quarter final.

The following season with the Spitfires (2016-17) Letowski ran the leagues best penalty kill finishing with an 88.5% which set a new league record. The team went on to win its third Memorial Cup that year on home ice.

On July 15th 2017, Trevor was named the head coach of the Windsor Spitfires Hockey Club. During that year, Letowski also served as the Head Coach for the OHL All Star Super Series team vs Team Russia. That winter of 2017, Letowski was assistant coach with Team Canada for the World Juniors and brought home gold, he also ran the powerplay for the team which was the best in the tournament.

Over the course of 2017-2020, Letowski brought the club to a playoff appearance every season. During the 2020 season, Letowski also served as the associate coach for Team White at the Top Prospects Game.

“I would like to thank the ownership group and management for their constant support and trust. The environment that has been created here made it an honour and a pleasure to come to work every day and I am grateful to have had the opportunity to be a part of this group,”said Letowski.