Site of Friday evening fire being treated as crime scene 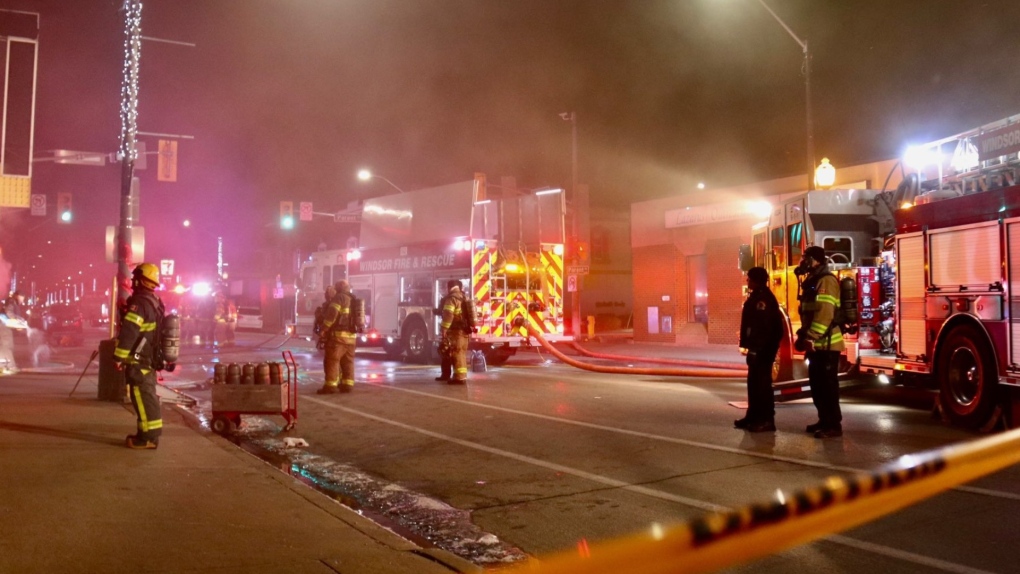 The site of a Friday evening fire in Windsor, Ont. is being treated as a crime scene, according to police.

“[This] fire is considered to be suspicious in nature, the police are investigating, the fire marshal’s office has been called here to assist in that investigation. The building has been deemed unsafe for occupancy and the people that have resided here are not being allowed back into the building,” said Ontario Fire Marshal Investigator, Clive Hubbard.

Crews were called to the scene in the 800 block of Wyandotte Street east near Parent Avenue around 6:30 p.m. on Friday.

The blaze was declared out about an hour later and crews started conducting ventilation and overhaul around 7:30 p.m.

There is no word on a cause, damage estimate or if there were any injuries.