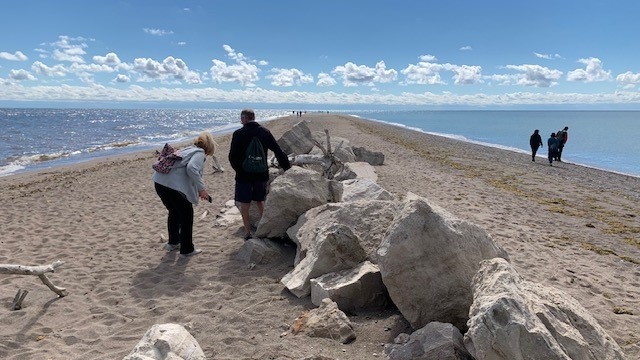 Visitors can return to Point Pelee National Park after its gates reopened to the public Saturday morning.

Daily winter hours of 7 a.m. to sunset have resumed after Parks Canada and Caldwell First Nation completed a deer cull to reduce the population of white-tailed deer in the park.

According to the Parks Canada website, a healthy and balanced environment in Point Pelee National Park would ideally support 24 to 32 deer.

Before the park closed on Jan. 5, officials said there were twice as many deer than the ecosystem could handle, noting a lack of natural predators such as wolves, bears and cougars allowed the deer to eat plants faster than they can regenerate.

The deer reduction activity is part of the Hyperabundant Deer Management Program.

Park is open to visitors from 7 am until sunset. pic.twitter.com/N2xMBn3BWS

Prime Minister Justin Trudeau is presenting the federal government's offer for billions in new health-care funding to the provinces and territories at a highly anticipated meeting in Ottawa today. At the first in-person meeting of all First Ministers in years, Trudeau is set to outline how much money his government is willing to provide, and what his expectations are for improving care.

Germany, Denmark and the Netherlands announced Tuesday that they plan to provide Ukraine with at least 100 refurbished Leopard 1 battle tanks, a pledge that comes as Kyiv anticipates a new Russian offensive around the anniversary of its invasion.

A dog named Kujo will be euthanized after a B.C. judge determined the animal is "likely to kill or injure" if released from the pound.