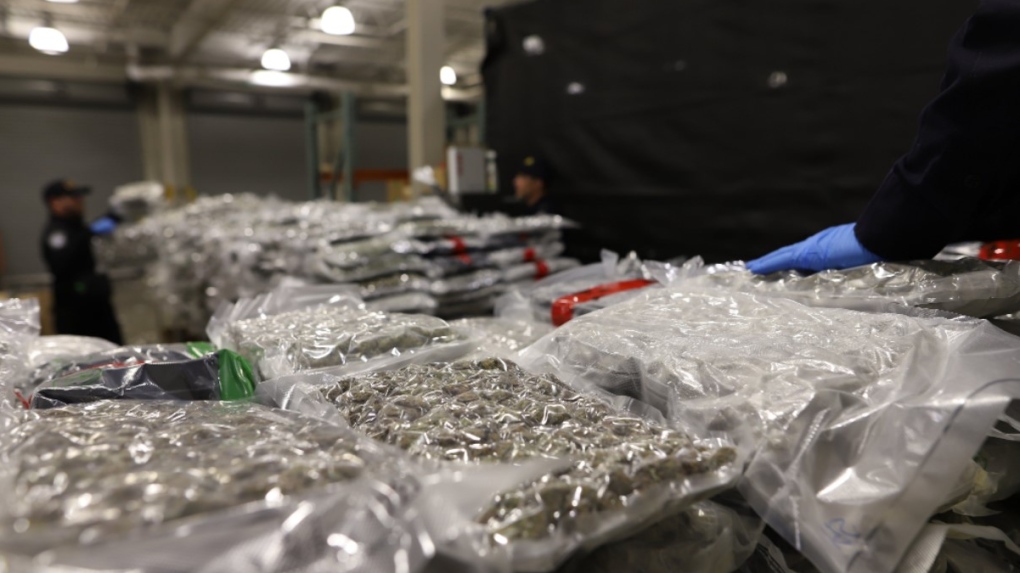 U.S. Customs and Border Protection officers seized more than a ton of marijuana at the Fort Street Cargo Facility at the Ambassador Bridge in Detroit, Mich., on May 11, 2022. (Source:CBP)

U.S. Customs and Border Protection officers seized more than a ton of marijuana labelled “foam pool toys” at the cargo facility at the Ambassador Bridge.

CBP officials say the illicit cargo was seized along with the tractor trailer at the Fort Street Cargo Facility on May 11.

An x-ray scan of the inbound truck and subsequent physical inspection conducted by officers and a K-9 team revealed 2,175 pounds of marijuana concealed within boxes manifested as foam pool toys, according to a CBP release.

Shipment manifested as foam pool toys seized by @CBP
officers in Detroit after discovering over 2,000lbs of #Marijuana concealed.

“This seizure underscores CBP’s long standing commitment to the border security mission,” said port director Devin Chamberlain. “The men and women of CBP continue to work diligently to keep our Nation and our communities safe.”

Infection with HIV can accelerate aging within the first two to three years of infection, study says

Living with HIV may have an immediate effect on how your body ages, according to new research which showed that cellular aging was sped up within two to three years of infection.