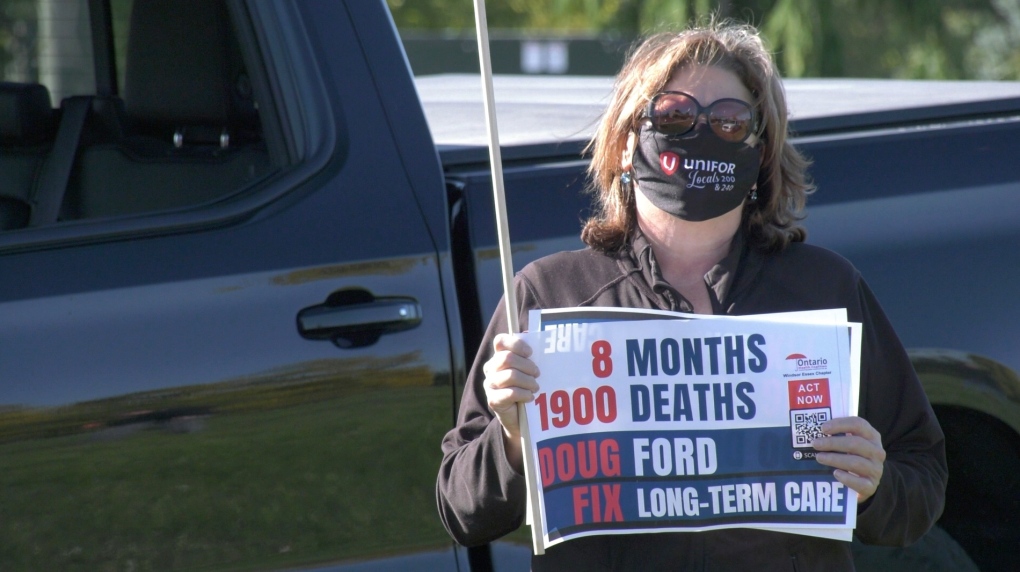 WINDSOR, ONT., -- Rallies across Ontario, including in Windsor and Chatham, are calling for the Ford government to end private ownership of long-term care homes and implement a standard of a four-hour minimum of hands-on care for clients, as the province comes to terms with a second wave of COVID-19 cases.

On Thursday, the Ontario Health Coalition organized rallies across the province to call for action concerning staffing levels in long-term care homes (LTC).

“The government needs to act,” said Tracey Ramsey, co-chair of the Windsor-Essex chapter of the Ontario Health Coalition. “They can say all the things that they want but, if they don’t implement things and put policies and legislation in place we aren’t going to see any systemic changes.”

However, Ramsey says the pay raise does not address the chronic staffing shortages unions have been flagging for years.

Ramsey led a group of union members, healthcare professionals and other activists for a rally Thursday morning outside of the Heron Terrace long-term care home in Windsor, which was the location of a significant COVID-19 outbreak earlier this year.