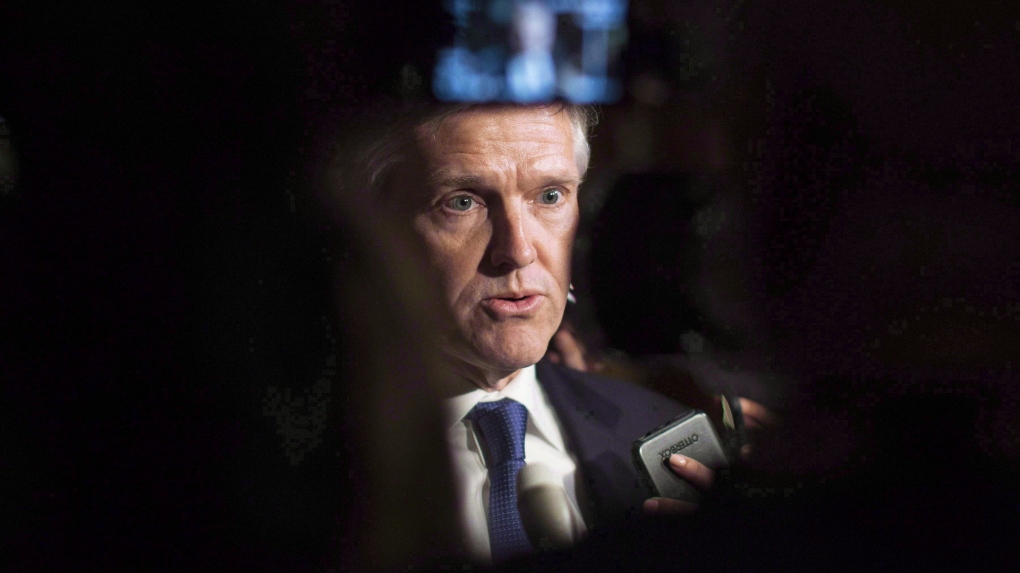 Ontario Environment Minister Rod Phillips talks with the media after Question Period at the Ontario Legislature in Toronto on Thursday, August 2, 2018. THE CANADIAN PRESS/Chris Young

He did not detail specific measures that will be included, but says the province is on track to beat its previous 2019-20 deficit projection of $10.3 billion.

The economic statement is delivered annually by the finance minister to provide an update on the state of the province's books.

In 2018, the government used the fiscal update to consolidate three of the province's independent oversight offices and scrap plans for a French-language university.

It has since reached an agreement with the federal government to fund the French-language university.