No charges against Windsor police officer in motorcycle crash: SIU 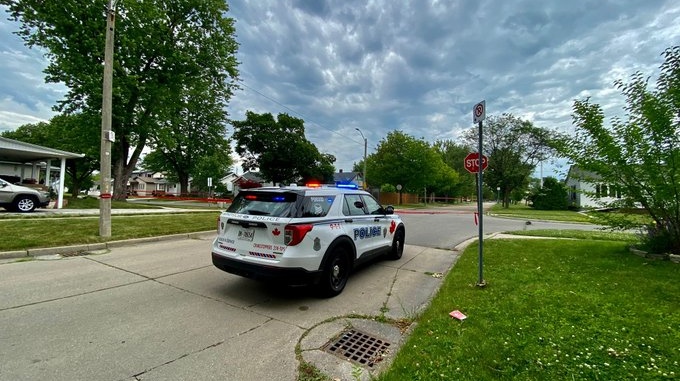 A Windsor police officer has been cleared by the SIU in connection with a motorcycle crash in Windsor, Ont. on June 24, 2021. (Courtesy OnLocation)
Windsor, Ont. -

Ontario’s Special Investigations Unit has cleared a Windsor police officer in connection with the serious injuries a man sustained in a motorcycle collision following an attempted traffic stop.

The SIU report says in the afternoon of June 24, a Windsor police officer attempted to stop a man on a motorcycle for possible traffic violation before the driver “sped away at high-speed, ran a stop sign, lost control and was thrown from the bike at Tourangeau Road and Alice Street.”

The officer had initially spotted the motorcycle on the E.C. Row as his rear license plate looked to be improperly mounted.

When the officer arrived to the crash scene the man was arrested taken to the hospital in an ambulance.

The man sustained a broken toe and pelvis.

SIU director Joseph Martino found that when the motorcyclist failed to stop and sped up, the police officer turned off his emergency lights and siren and continued at or around the speed limit.

The officer was more than 20 seconds behind the motorcycle when the rider lost control and crashed, Martino found.

He said he was satisfied that the officer had lawful grounds to stop the man and that he conducted himself with care and regard for public safety, including the rider.

The SIU has closed the file.