A south Windsor bakery owner is upset after a break-in and theft at his business for the first time in 25 years.

“I got my keys out, walked to the door and thought: that’s not supposed to look like that,” he told CTV News on Tuesday. 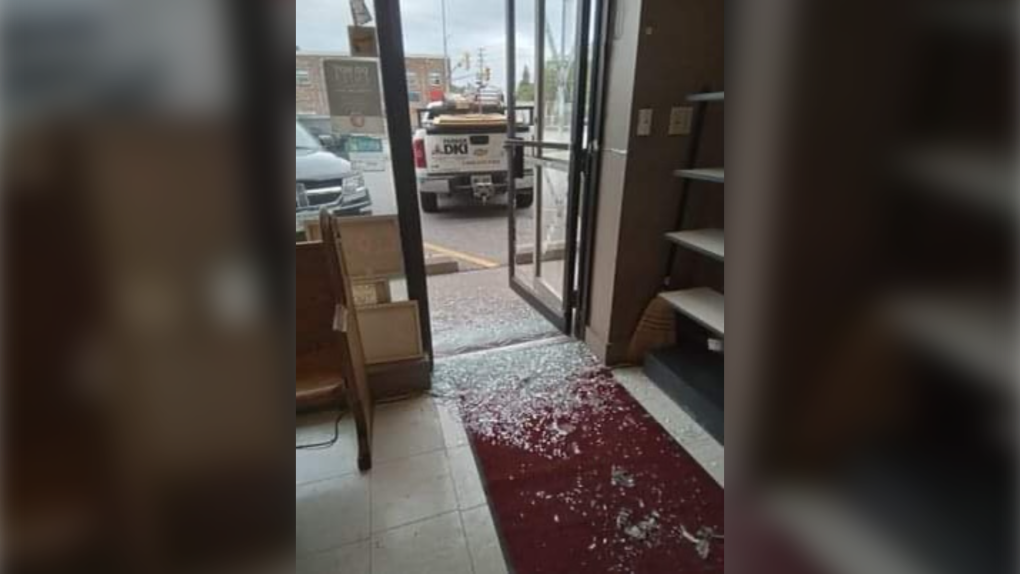 The front door of Nana's Bakery was smashed in during a robbery in Windsor, Ont. (Source: Doug Romanek)
Romanek said this is the first time in the 25 years he’s run the bakery that there’s been a break-in.

“You feel violated,” he said.

“This is my sanctuary, my safe spot. It should be fine.”

The money in the collection jar was intended for a local athlete heading to Portugal in October for the World Down Syndrome Swimming Championships.

“That’s what hurts the most,” Romanek said.

Doug Romanek of Nana's Bakery on Monday, Aug. 16, 2022. (Travis Fortnum/CTV News Windsor)
Even though he’s distraught over what happened, Romanek says he's been receiving support and donations from Windsor-Essex residents and beyond to help replenish the funds.

In the single day the bakery has been open since the break-in, he thinks the community has donated as much as they’d raised in the weeks leading up to the incident.

Money that will help pay for flights and hotels for the swimmer and her parents in October.

“You can see the goodness coming out of people,” Romanek said.

Windsor police are investigating the incident.

After hammering Atlantic Canada, post-tropical storm Fiona has moved inland in southeastern Quebec, with Environment Canada saying the storm will continue to weaken as it tracks across southeastern Labrador and over the Labrador Sea.

Conservative House Leader Andrew Scheer says Pierre Poilievre's caucus will be supporting the Liberal government's bill to temporarily double the GST credit. In an interview on CTV's Question Period, Scheer said 'putting tax dollars back in the pockets of Canadians is something that Conservatives have always supported.'

Age and immigration: 'Very difficult' for applicants once they turn 40

Over 400,000 Maritimers still without power in Fiona's wake

Strong winds and heavy rainfall from Fiona have left over 400,000 Maritimers without power, as of midnight Sunday.

The town of Port aux Basques in Newfoundland is under a state of emergency as first responders cope with electrical fires, residential flooding, and washouts due to post-tropical storm Fiona.