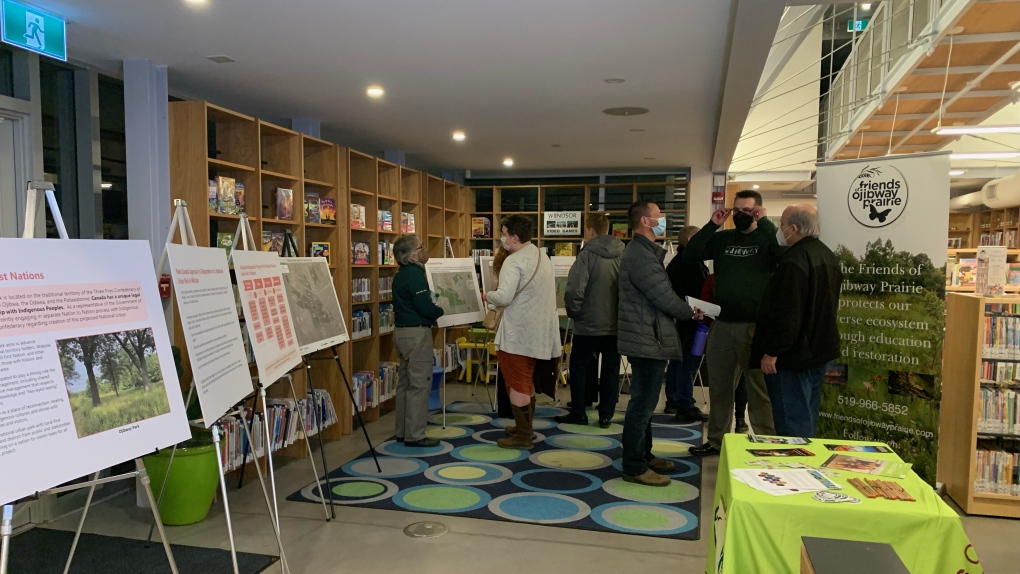 Residents gathered at an information session about plans to turn the Ojibway Nature Complex into a National Urban Park. (Taylor Choma/CTV News Windsor)

Windsor residents had the chance Wednesday to attend the first pop-up information session regarding the proposed National Urban Park.

Following a successful open house in November at the Ojibway Nature Centre, the City of Windsor and Parks Canada took to the John Miur Library in Sandwich, where more than 40 residents got a chance to ask questions.

Executive director of Parks and Facilities for the city, James Chacko, says residents are very enthusiastic about seeing the national urban park come to fruition. Adding that people are excited to see the project moving forward.

The city plans on joining with Parks Canada for more pop-up information sessions throughout the winter and into the spring, including another large-scale open house at the Nature Centre sometime in early spring.

In the field of cancer treatment, nothing is more important than diagnosing and treating the problem as quickly as possible — but according to new survey data, about one in four Canadian cancer patients report that they are still experiencing cancelled or postponed appointments.