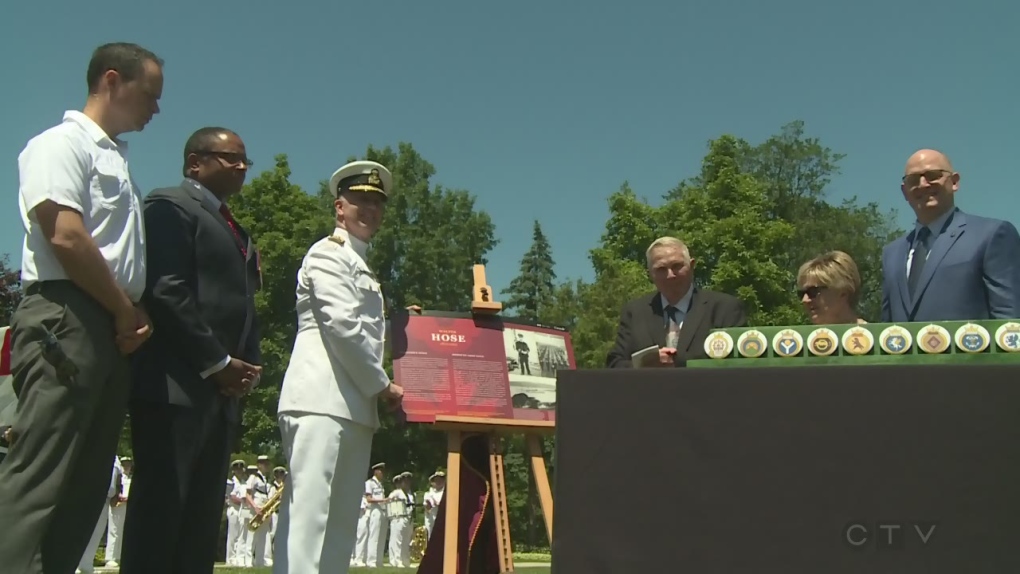 The Government of Canada's ‘Hometown Heroes’ initiative came to the region Saturday to celebrate one of Windsor's own.

The former Windsor resident had a naval career spanning decades and is known as 'the father' of Canada's Naval Reserve.

“At the helm of the Royal Canadian Navy during the turbulent interwar years, Hose weathered stormy times for our fledgling navy and ultimately ensured its survival,” said McDonald.

McDonald added not only was Hose an experienced marine, he had the political foresight to ensure the Navy's future success.

“Paramount to success was transforming the attitude of Canadians towards their navy for without their support, without your support, any hope of future naval defence spending would be bleak.”

Hose's grandson, Terry Leahey, was on hand to receive the recognition on behalf of his late grandfather.