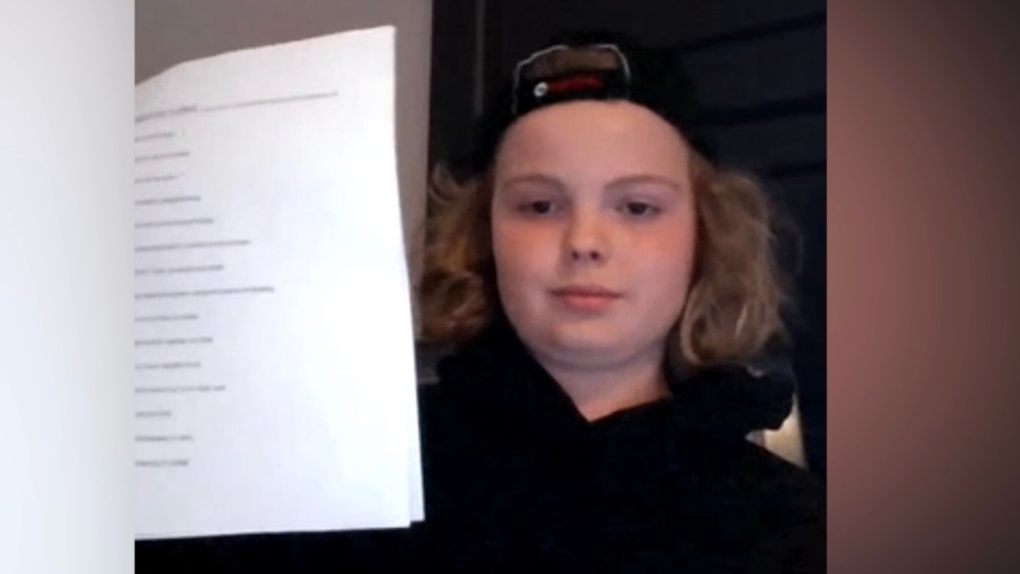 WINDSOR, ONT. -- A fourth grader from Kingsville has won $10,000 toward Habitat for Humanity Windsor-Essex as a runner-up in a national writing contest.

The contest is called The Meaning of Home which asks students in grades four, five, and six across the country to share what home means to them. Lake Severin is one of three Grade 4 runners-up in the national contest.

“As we all take shelter in our homes right now it has never been more essential that we provide safe decent homes for those in core housing need. Our children know what it means to have a safe, decent place to call home. And sadly many local youth also know what it’s like to worry about not having a home,” says Fiona Coughlin, Executive Director, Habitat for Humanity Windsor-Essex in a news release. “Eliminating poverty housing is always our focus, and the young people who put pen to paper to help us give us hope for the future.”

“I know there’s people that are in need for that money, so I made sure they got it and I know that some people don’t have the blessing that I do of having a home,” says Severin.

Along with securing grants, each student entry also earned a $10 donation for their local Habitat.

The contest helped raise more than $280,000 across Canada for Habitat for Humanity branches, as many struggle with the financial impact of COVID-19, the release states.

“I’d like to congratulate each of the contest winners and thank all the students who submitted entries on what home means to them,” said Stuart Levings, President and CEO, Genworth Canada, the contest’s founding sponsor. “Since 2007, the Meaning of Home contest has been empowering youth to become engaged and compassionate members of the community while educating them on the importance of affordable housing.”

Additional sponsors include Revera Inc. and The Silver Hotel Group.

Locally, 292 students entered the contest which helped raise $2920 for the Windsor-Essex branch. The organization says these funds will go toward building homes in Ford City for families in need.