‘It’s wonderful’: Chatham brothers keep collecting empties for a cause

‘It’s wonderful’: Chatham brothers keep collecting empties for a cause

Brett and Derek Gore have been collecting empty beer cans and liquor bottles for over a decade and a half to buy toys to donate to children without gifts during the holiday season.

Their family says on any given day they could find a bag of empties in the driveway, not knowing who dropped them off.

“It’s just people's kindness. You know, it's just the positivity and giving back and we've tried to always instill in the boys people need help.”

He said it all started when the brothers were teenagers at The Children’s Treatment Centre of Chatham-Kent, delivering no more than ten gifts. 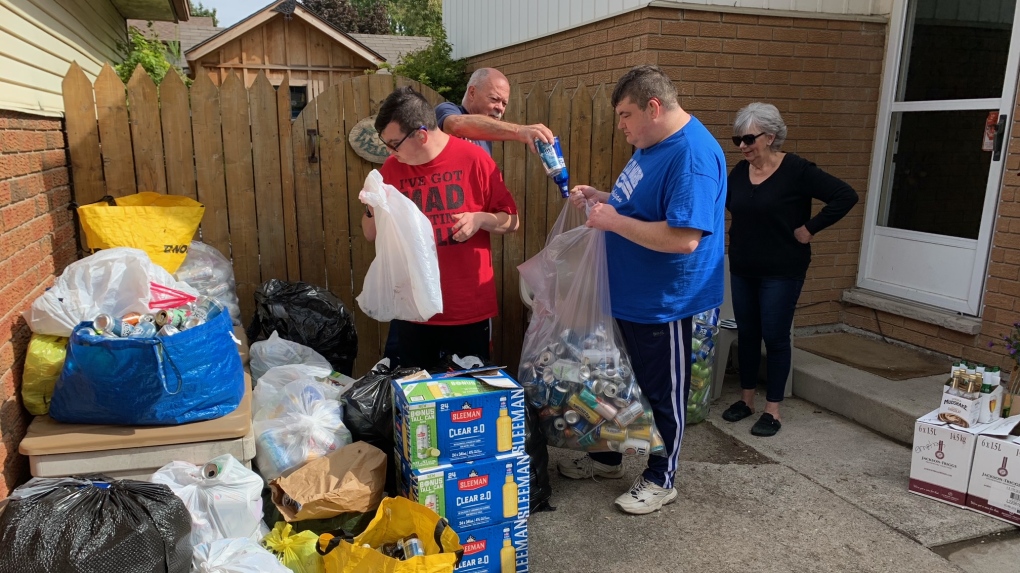 Brothers Brett and Derek Gore at their home in Chatham, Ont. on Saturday, Oct. 1, 2022. (Chris Campbell/CTV News Windsor) “Last year was incredible,” Gore said. “But I think COVID had something to do with that people couldn't leave their home so maybe instead of a beer they had two or three or I don't know but it was crazy.”

Gore continued, “with our neighbours, friends, people throughout the county, Windsor, London, Port Lambton, Sarnia, Wallaceburg, people calling dropping things off, it's just gotten bigger and bigger and bigger and without their support this would really never have happened. But it's wonderful.”

Mom, Linda Gore, told CTV News the family never sets a goal other than to bring cheer to those finding it difficult during the holidays.

“People will message the boys and say ‘can you come pick up empties?’” she said. “So off they truck!”

“Some people even count the cans for us and they put little tags on and say you know there's 100 bottles in this or 100 cans. This is awesome. Thank you so much people, really.”

The Gores explained the toy collection often outgrows the crawlspace in their home before they’re able to deliver them, saying they now use a storage space offered by Community Living Chatham-Kent.

Anyone looking to help with the cause can drop empties off in their south Chatham driveway at 155 Copperfield Crescent.

Senators have voted to ask Gov. Gen. Mary Simon to have their former colleague Don Meredith stripped of his "Honourable" title.

Decades after abortion was decriminalized in Canada, a new survey suggests the majority of citizens think it’s time to codify access in law.

Drug slows Alzheimer's but can it make a real difference?

An experimental Alzheimer's drug modestly slowed the brain disease's inevitable worsening, researchers reported Tuesday – but it remains unclear how much difference that might make in people's lives.