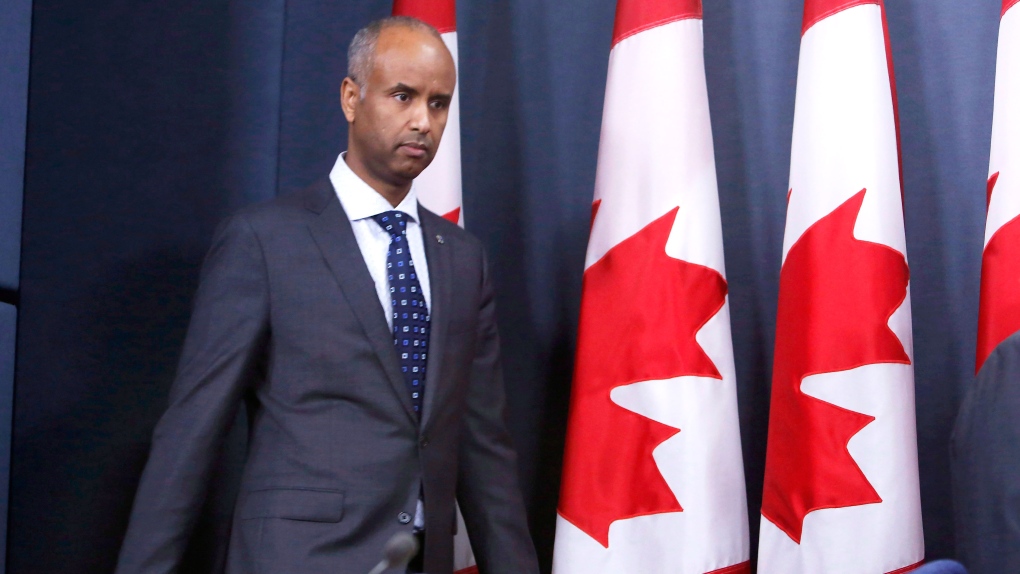 Ahmed Hussen, Minister of Immigration, Refugees and Citizenship arrives at a news conference to update Canadians on the possible impacts of recent immigration-related decisions made by President Donald Trump, in Ottawa on Sunday, January 29, 2017. THE CANADIAN PRESS/Fred Chartrand

The information, obtained by the Canadian Press through the Access to Information Act, shows a persistent gap between female immigrants who are both new and established in Canada compared to their Canadian-born counterparts.

The data also shows that more women arrive in Canada as the spouses of economic immigrants or as non-economic newcomers or refugees, and have lower employment rates and earn less than the Canadian average wage.

That, the internal government report says, indicates selection policies for Canadian immigration programs are not tailored to capitalize on the economic value of female immigrants.

The data shows similar employment barriers also exist for the children of immigrants, especially those whose parents are visible minorities, despite the fact they often achieve high levels of education.

Canada's Immigration Minister Ahmed Hussen acknowledges such gaps in employment and wage opportunities do exist, but says the government has been working on designing settlement programs to improve opportunities for immigrant women and their children.